I did a longer post on fluffing feathers a few years ago, but since I was doing it again the other day I thought I'd do another short one....I was happy to discover a big stash of black ostrich feather seconds I'd bought on one of the last big sales Ostriches Online had before they disappeared.  Seconds often have "holes" in the feathers - places where the barbs are missing, and are generally not as full and fluffy but after some fiddling, curling and layering they can be quite nice. 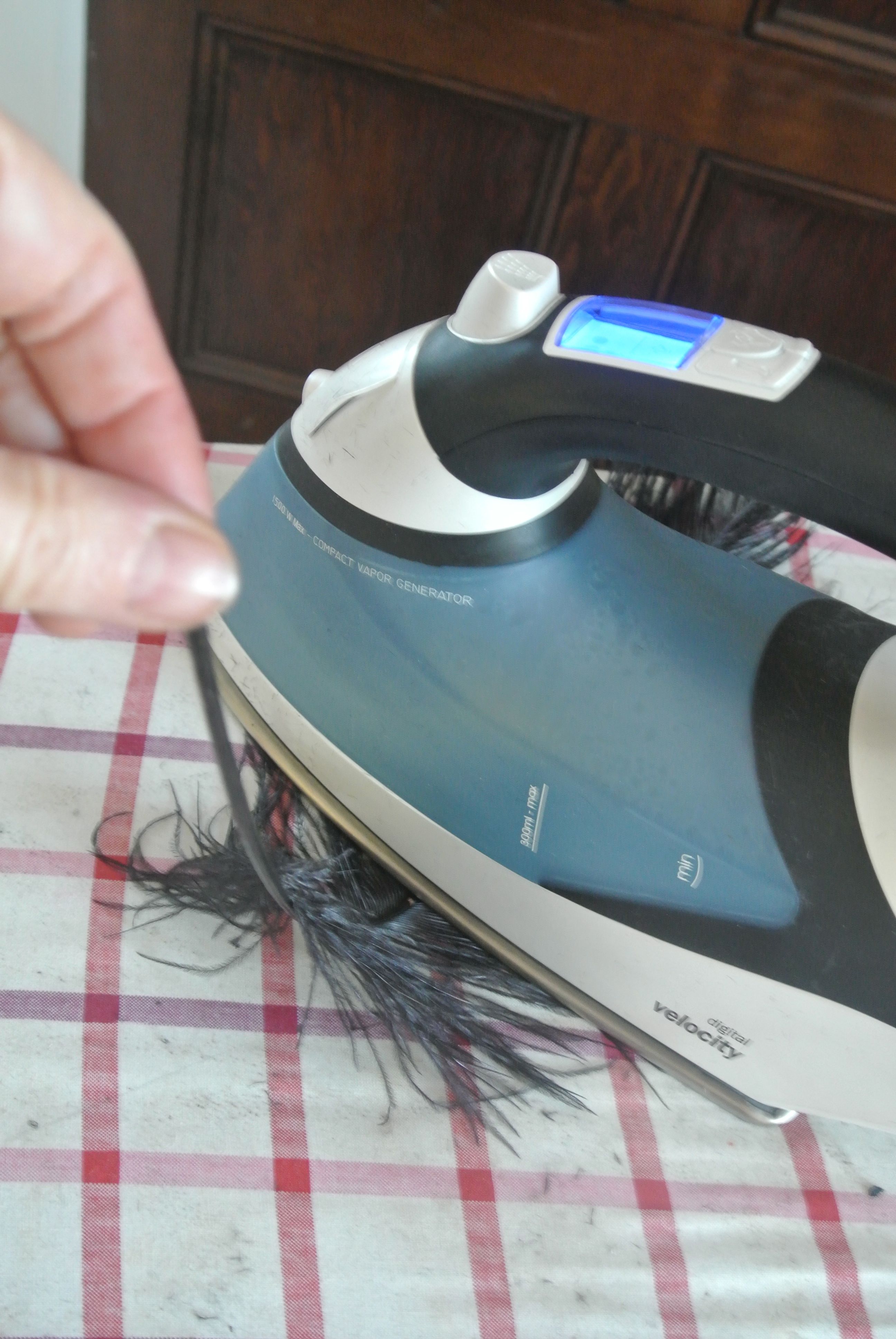 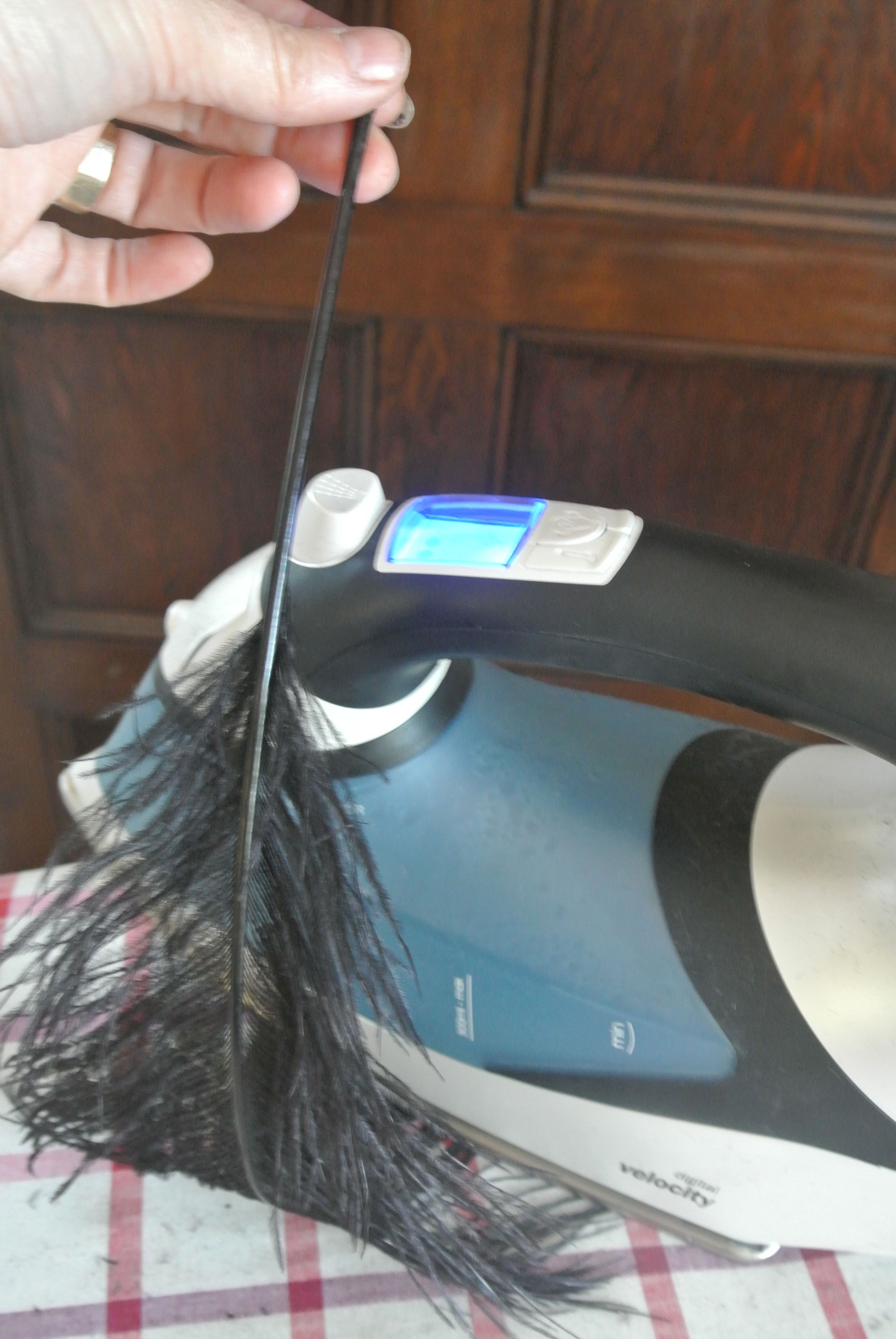 You can curls the barbs by taking a blunt scissor to them in much the same was as you do with ribbon to curl it.  You will lose some of the barbs but this will make them look much fuller and fluffier.   Then I stacked three feathers together, trying to match feathers with similar curves, and shaved the bottom off the stem of feather that goes on top, top and bottom off the middle and top off the bottom feather so they stack better.  Then the stems can be hot glued or sewn together. 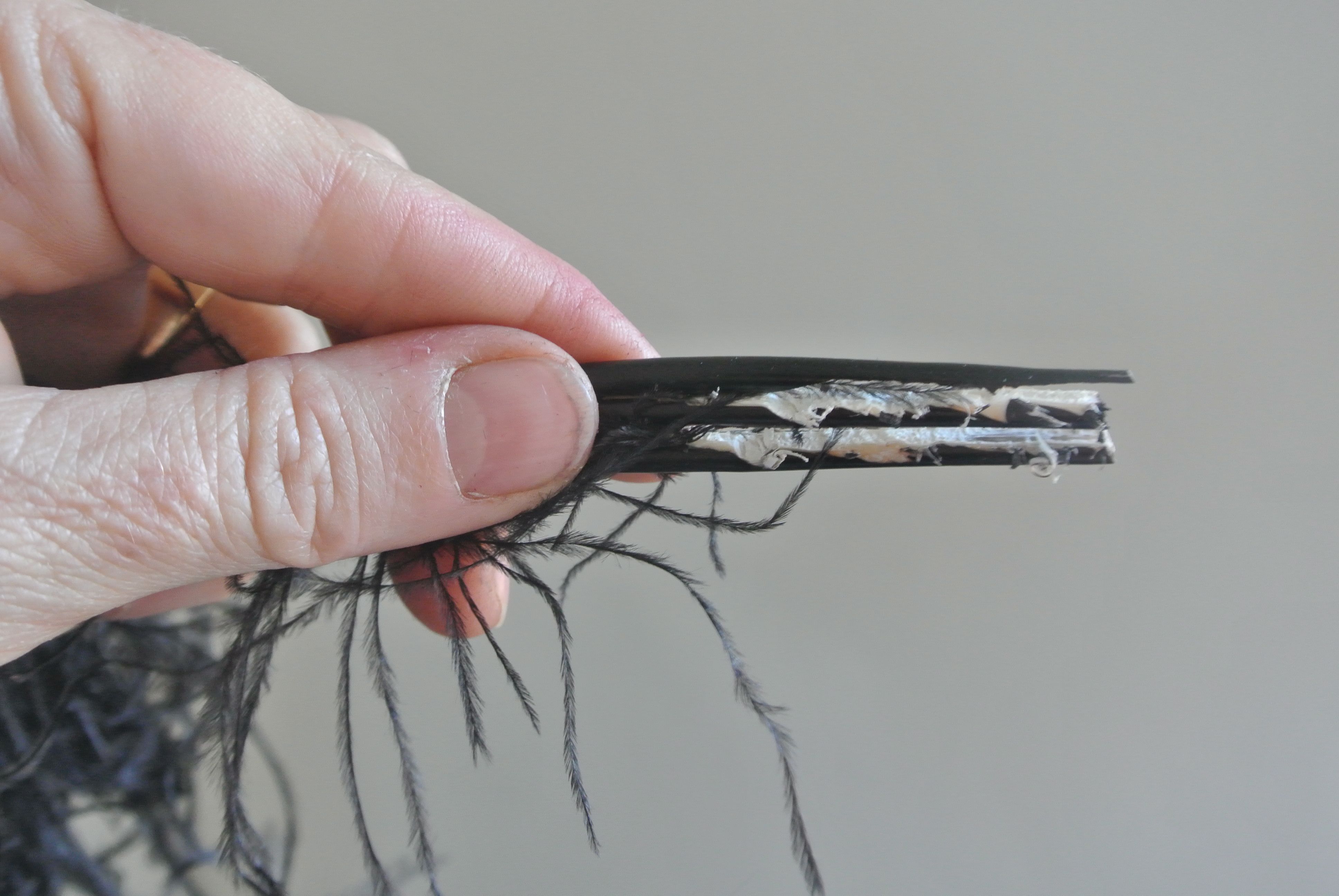 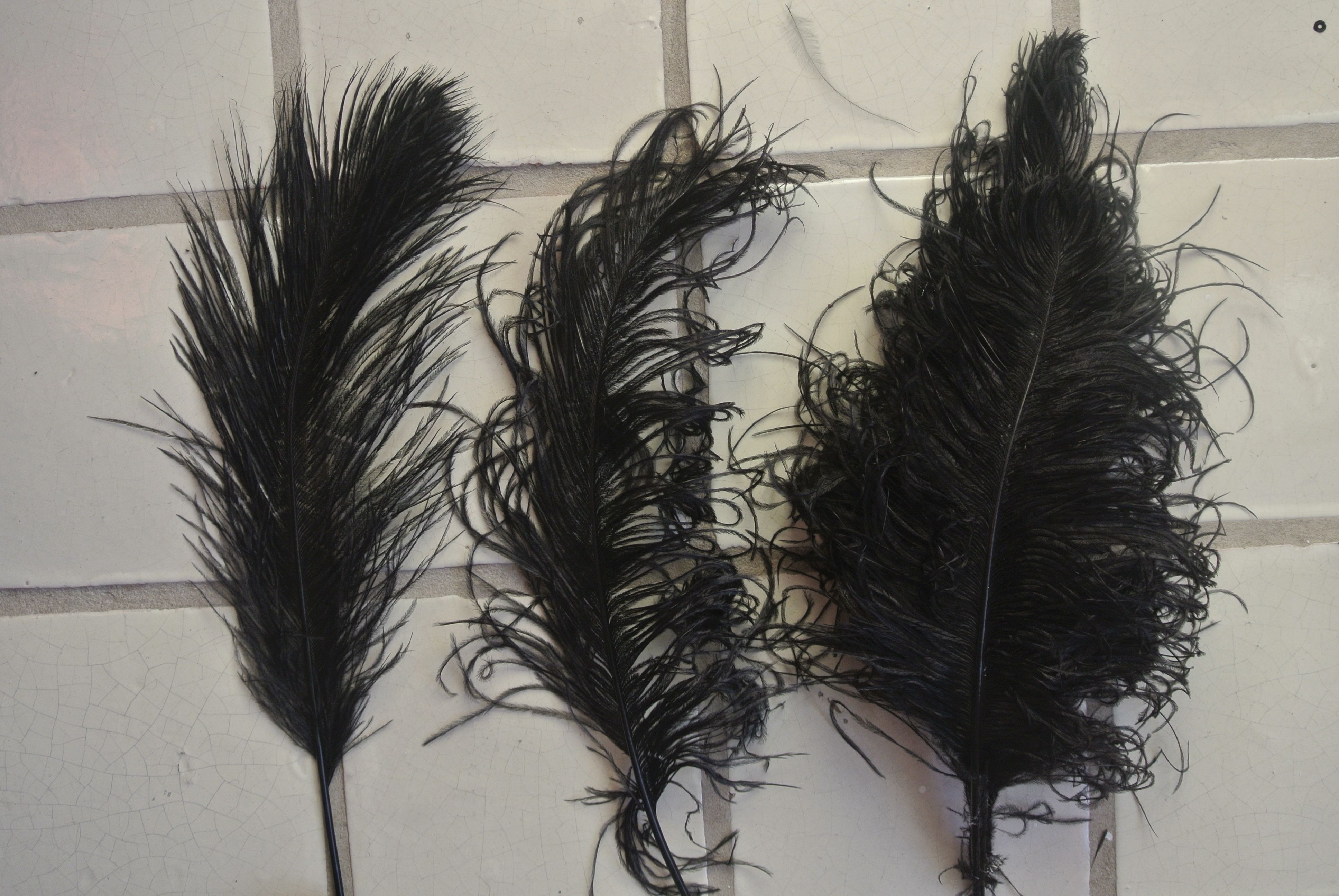 Be forewarned, this is a bit messy, you can end up with barbs, feather "dust" and bits of the shaft everywhere so do it over a trash can!