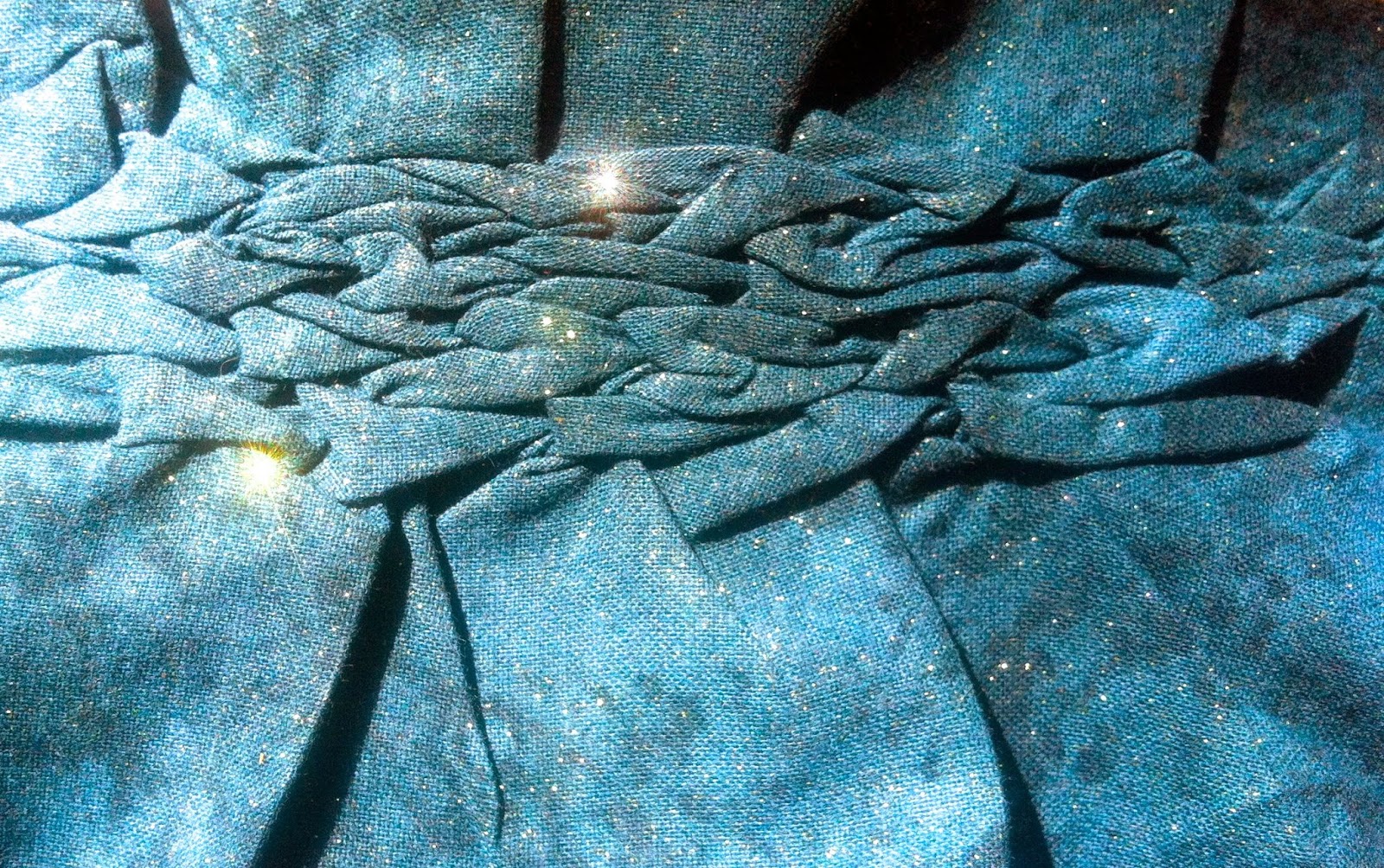 As you know I've been a little Game of Thrones obsessed lately!  So it wasn't a big surprise that I wanted to try my hand at the Dragonscale Smocking that Michele Carragher used on Daenerys's blue tunic.  The JoAnns near me is going out of business so when I found this blue batik cotton for 75% off I thought I'd buy it and make the tunic.  I followed the directions on Michele's website and was very pleased with the results.

I do have a few things I learned about this type of smocking that I wanted to pass along.