Doctor Who costumes for Gallifrey One

Every year our family goes to the Doctor Who convention, Gallifrey One. For a few years now the 13 year old has gone as the 10th doctor, I've been as the 5th -- and usually the 16 year old goes as the 11th. 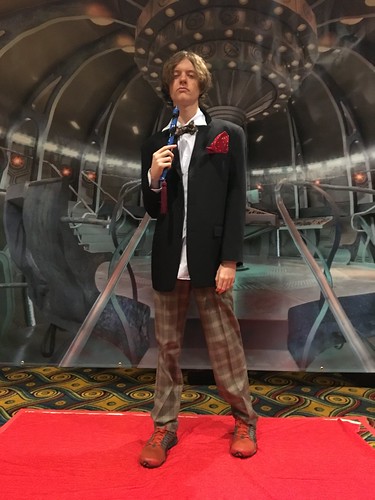 But this year, at the last minute, he wanted to change it up and go as the 2nd Doctor.  I took a look at the costume and thought I could probably put something together that worked reasonably well despite only having a few days.

I found these plaid pants on Amazon for $35.  We went to Goodwill and bought a blue shirt with a slightly oversized collar for $1.50 and a black blazer for $5. He used an old bow tie of my husband's and I used a scrap of polkadot quilting cotton to make his handkerchief .

We had an old recorder that I masked off with tape then spray-painted a spiral on and added a tassel to.

He's got bad feet so I didn't even try deal with shoes.  I tried to style his hair somewhat a la 2, straightening his naturally very wavy hair with the flat iron, but given we'd had torrential rain ir frizzed back up pretty quickly and since we had to walk from a nearby hotel to the con I didn't want to risk spray in black hair color. 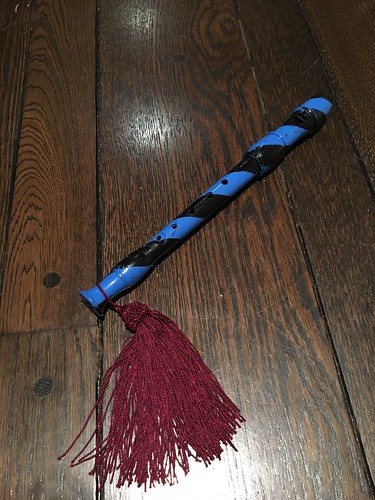 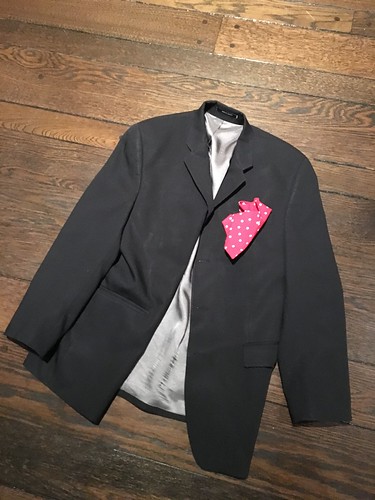 All in all we were pretty happy with it and our fellow Whovians all knew who he was and even asked him to be in pictures with them which really made him happy.  And he was particularly psyched to get a photo with one of his favorite companions, Romana aka the ever so charming Lalla Ward! 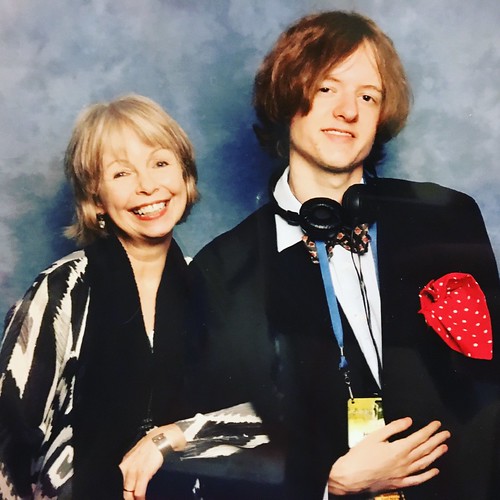 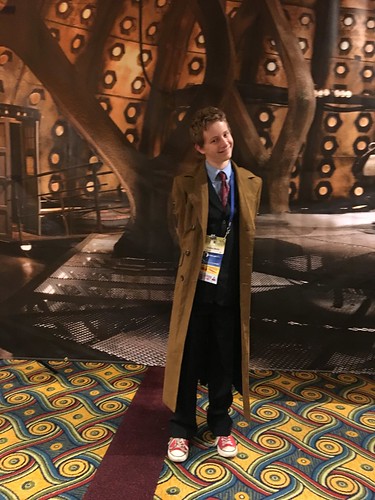 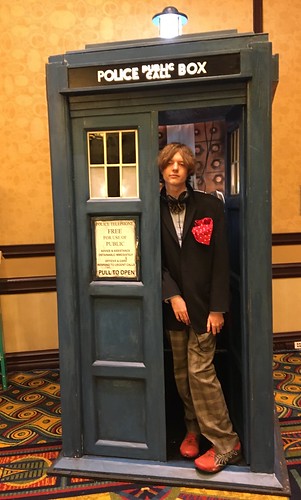 As usual there were a lot of amazing costumes at the con but my favorite by far were these crossover costumes:

And my favorite crossover of all:  Clueless/ Doctor Who!   With 11th Doctor, 10th Doctor and 12th Doctor.  Check out their TARDIS cellphones and pompom sonic screwdrivers!! 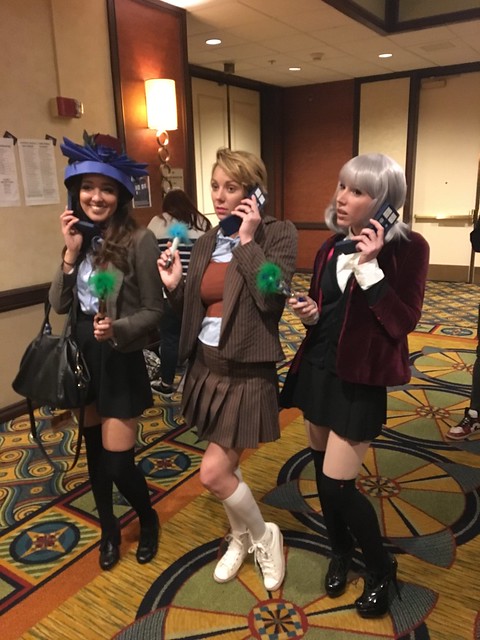