I actually wore normal Regency for the Breakfast with the Bennets but apparently slept too late to meet up with many Regency types and got no pictures of myself.

I did get a few marvelous photos of Lindsey in Regency bad girl attire though.  I think she looks like a painting! 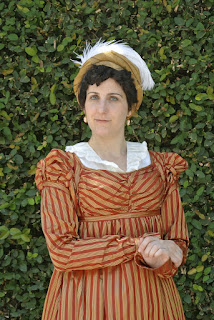 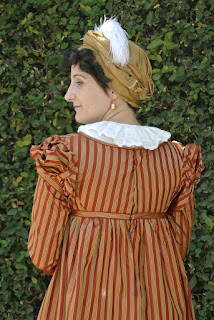 So really Costume College on Sunday for me was all about Lost Hope.  What is Lost Hope you may ask.  Well, a bunch of us decided to do fairies from the book and BBC show Jonathan Strange and Mr. Norrell for Costume College.  Partly the book/show inspired us, partly the Costume College theme of "Plucked from the Pages" and partly Jen Thompson's amazing Lost Hope Fairy.  For those who aren't familiar with the story, it takes place in a magical version of Regency England.  There are fairies but they aren't your typical sprites.  They are malevolent, human-sized magical creatures, the most powerful/important of which is The Man with the Thistledown Hair who lives in a decaying manor house called Lost Hope.  (Basically, think fantasy tinged Regency costumes.)

My idea was to do a Lady in a Gown the Color of Shipwreck.  I've blogged about making this already but here are a few pictures of my final look with my crazy green/blond Regency styled wig! 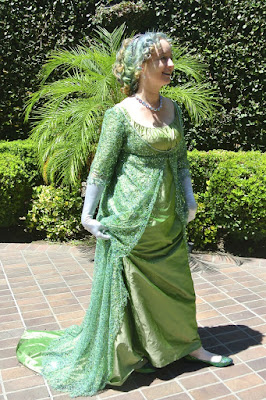 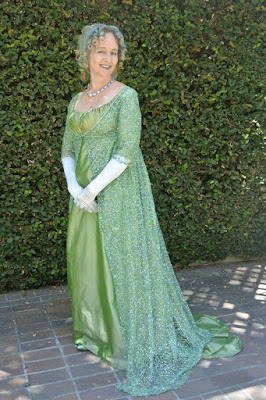 
Our group was so big we had missed a few people and ended up doing 2 group shots!