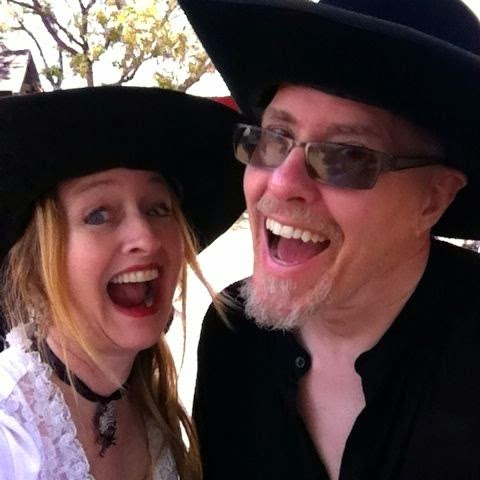 We told the boys they could each invite a friend to come to the Renaissance faire this Sunday. I'd thought originally it would just be me and 4 kids but the moms came too, and a brother, and my husband so it ended up being a bunch of us!

My old pirate gown is TOO BIG (Yay!) so I cobbled together another pirate costume from the costume stash at the last minute. Faux leather leggings from Target + old lacy sleep shirt from Victoria's Secret + Hot Topic corset top + pirate boots and all my pirate accessories from many years of going to a pirate feast in Maryland = successful costume!  I basically did the same thing for my husband. 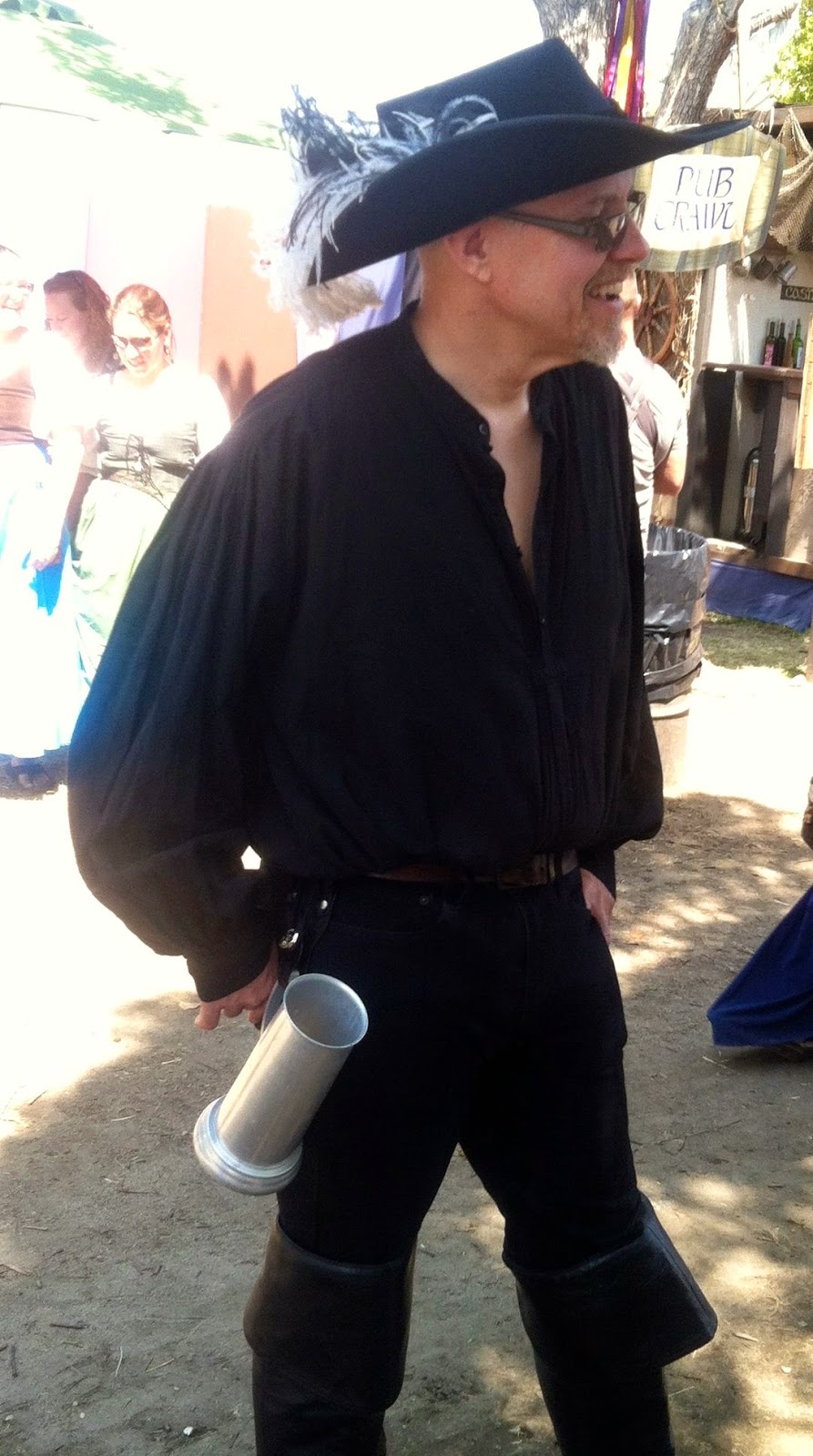 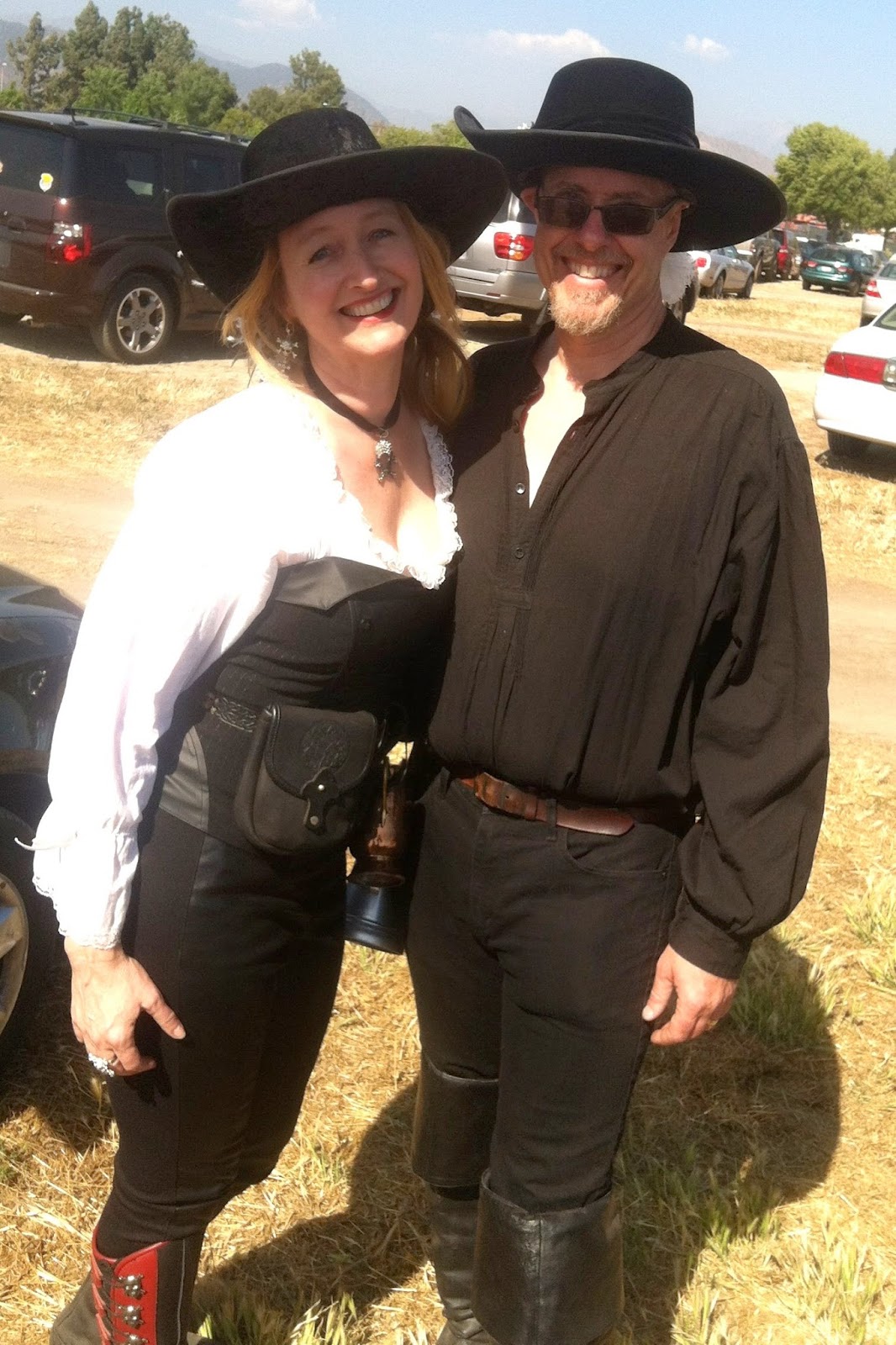 My younger kid has been cosplay crazed since we went to Wondercon  and wanted desperately to be Link from Legends of Zelda. So I told her we'd thrift/make Link and had her help out some. We bought Uggs, gloves and belts from Goodwill and some green and brown suede cloth from JoAnn's. We cut the tips off the gloves, made covers for the boots out of the brown suede cloth and I made a green tunic. I told her I'd buy one thing at Wondercon and she chose a Link hat so he wore that, her Spock ears and used a wooden sword she'd gotten at Ren Faire a few years back - and voila - Link! 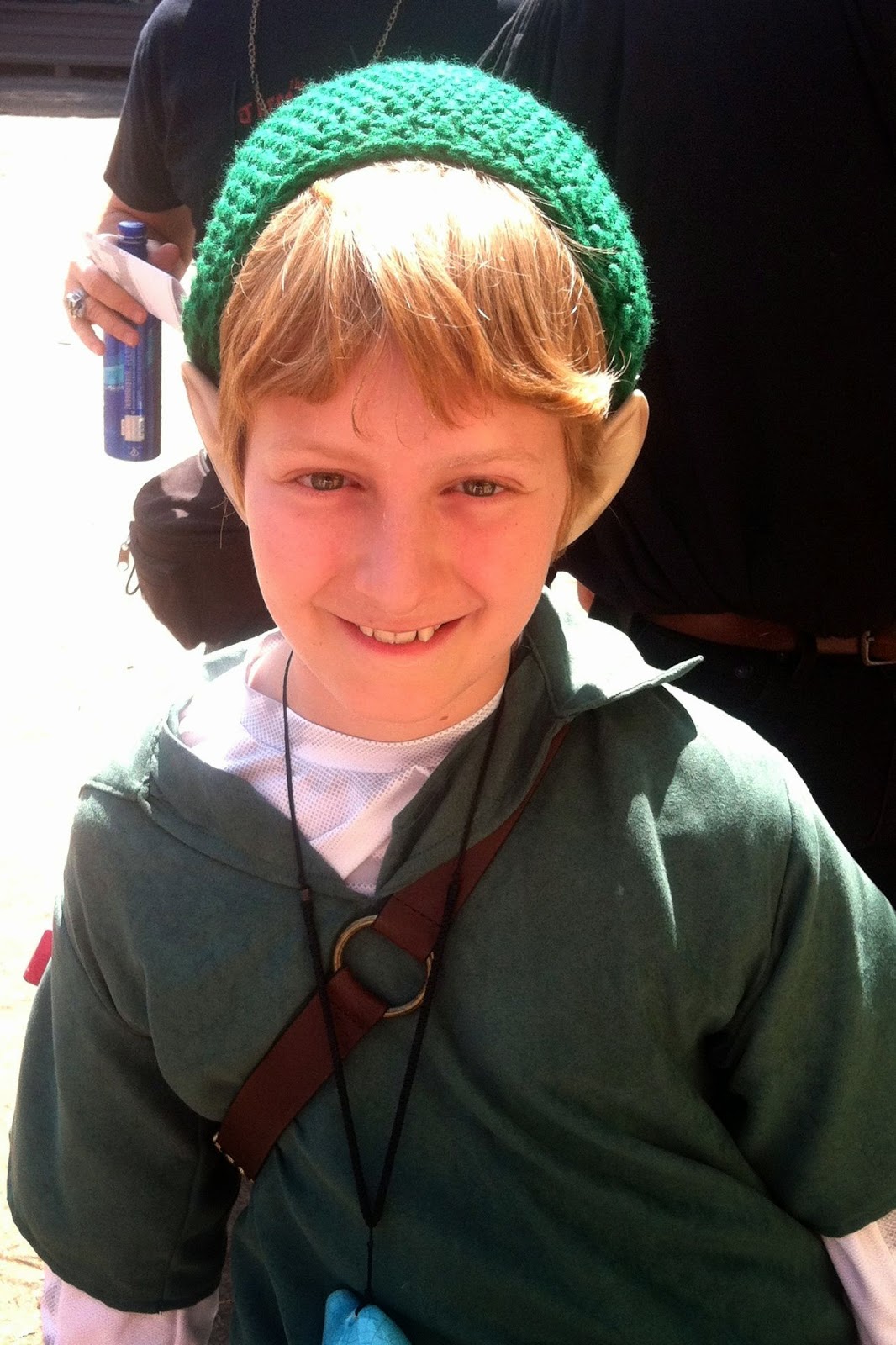 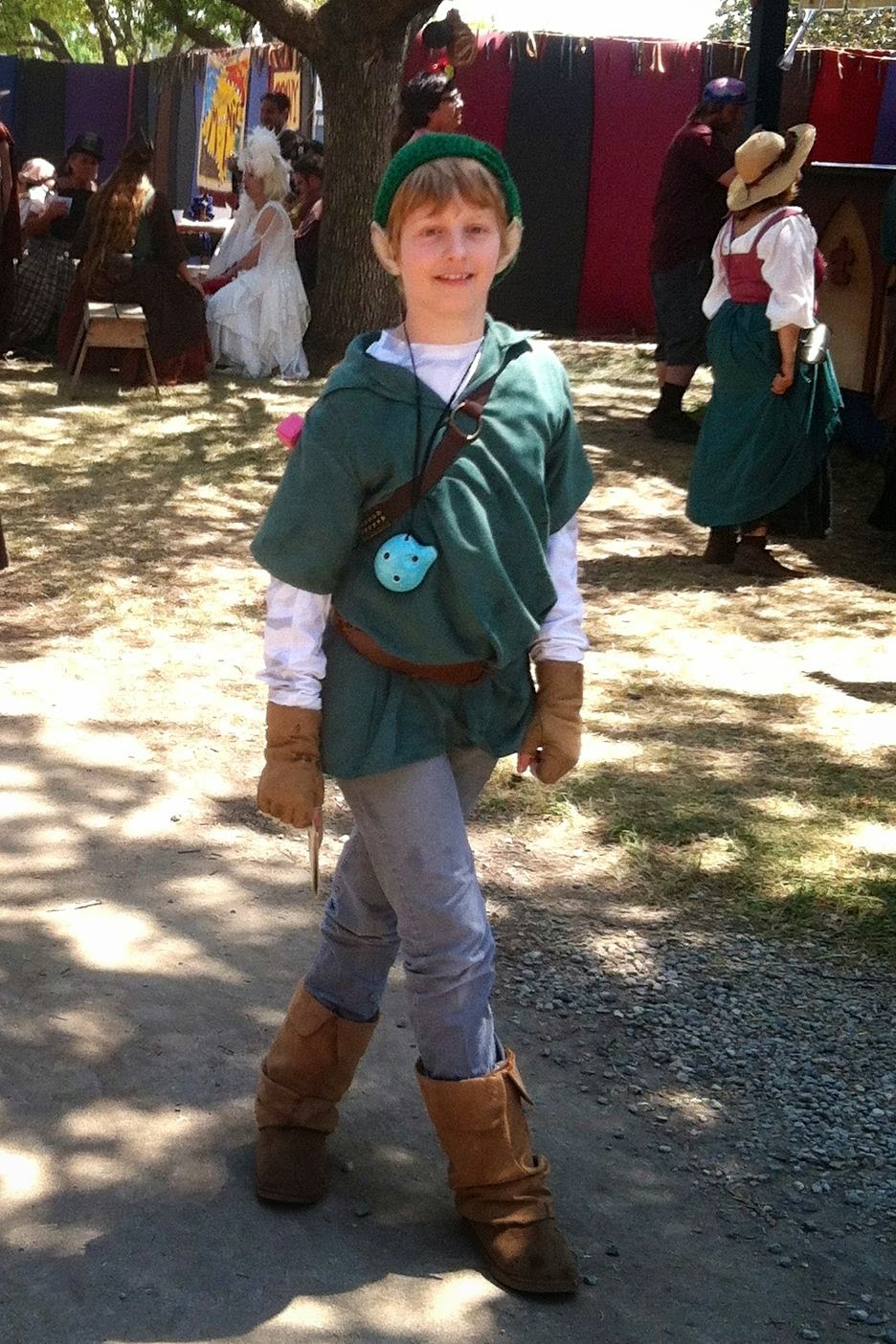 She was psyched that people recognized her and she got pics with a few of the other Links we saw there.  The girl one in the first pic below made her costume out of an old t shirt and used soda tabs for chain maille! 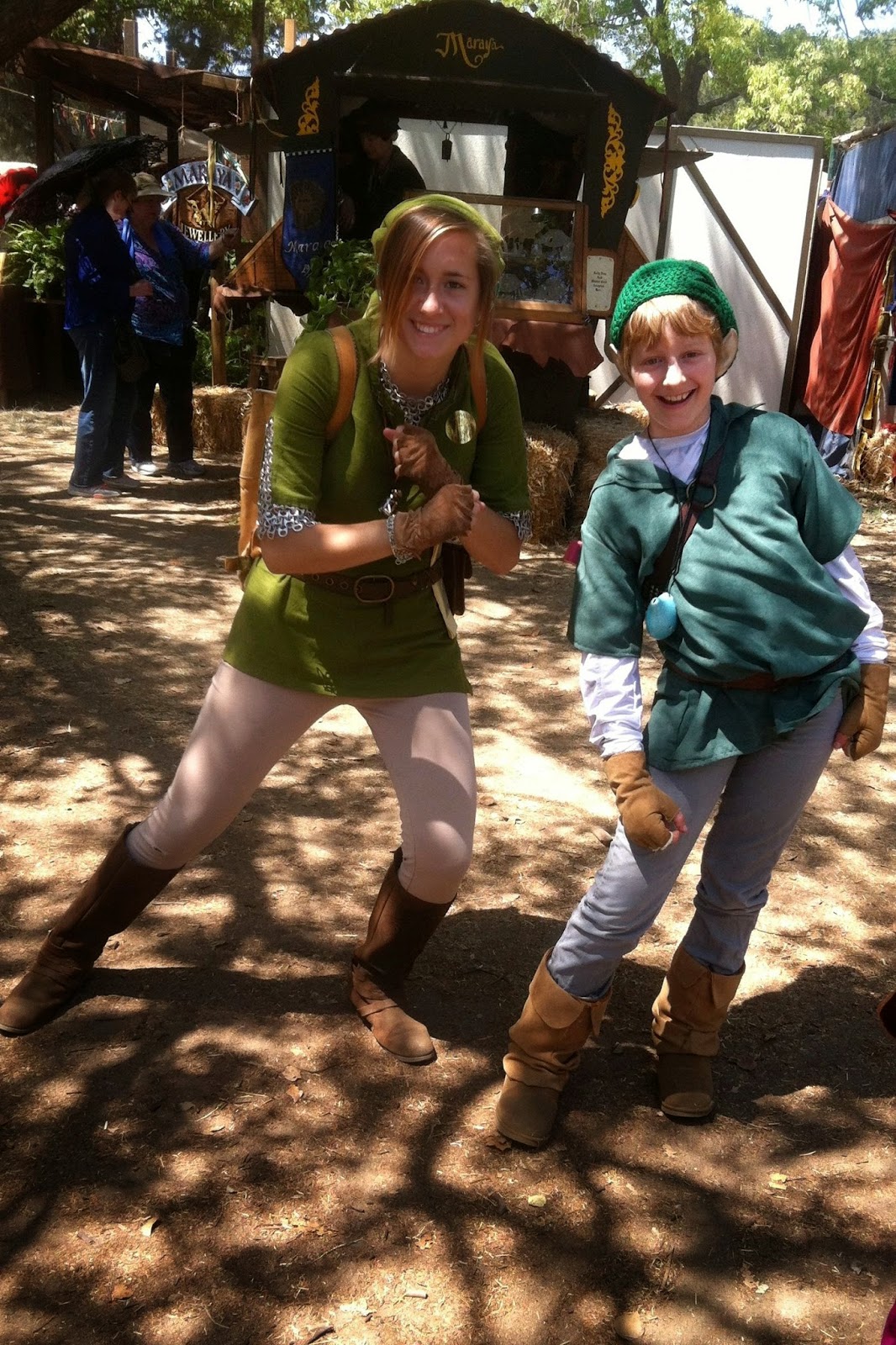 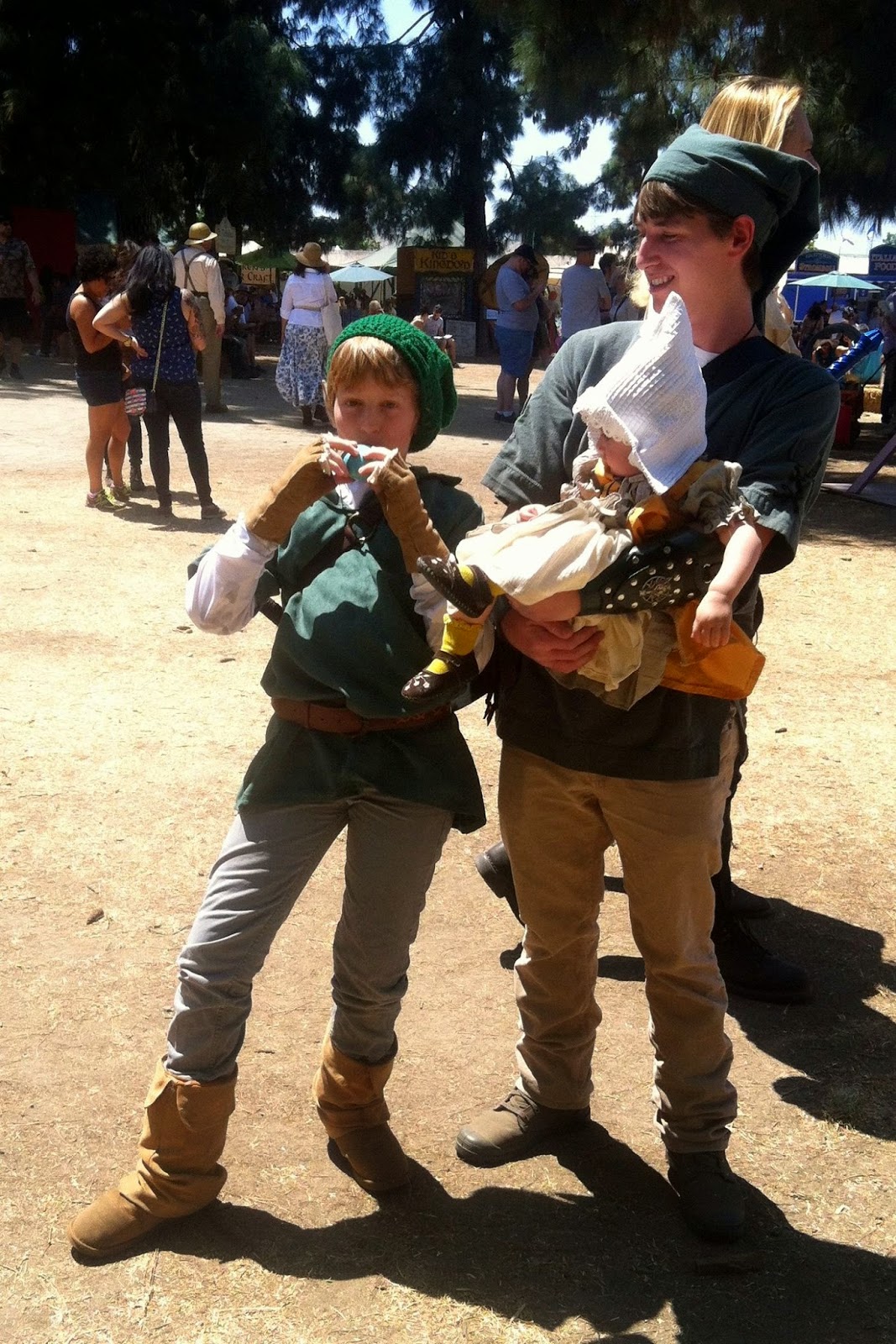 It was hot and dusty (I'm still coughing up lung bunnies) but there was a nice cool breeze so it wasn't too bad. It was "Time Traveler" weekend so we saw more than a few Doctors as well as some Trekkies, Lolitas, Night's Watchmen, Harley Quinns, Steampunks and the requisite barbarians, pirates and wenches. 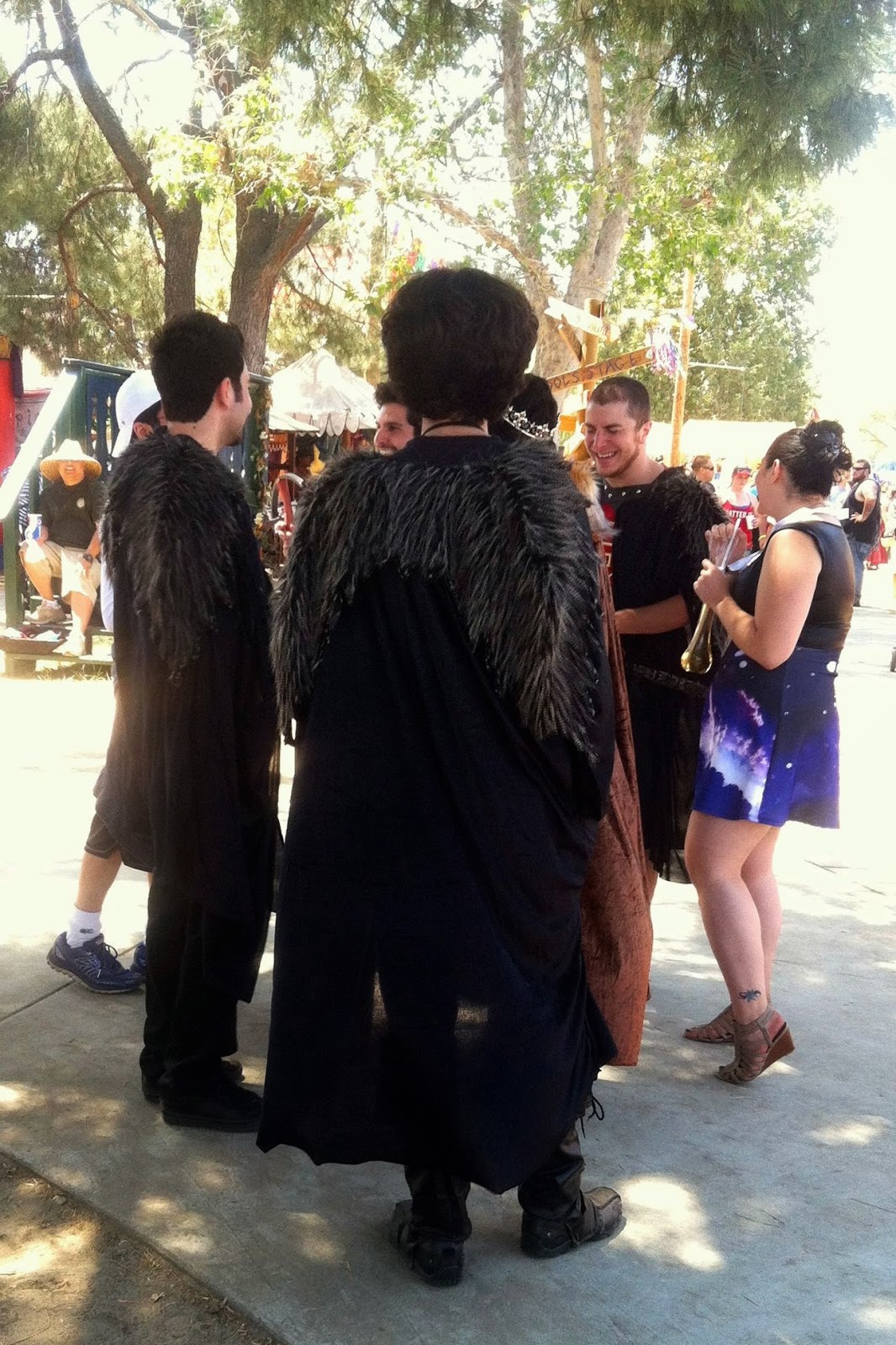 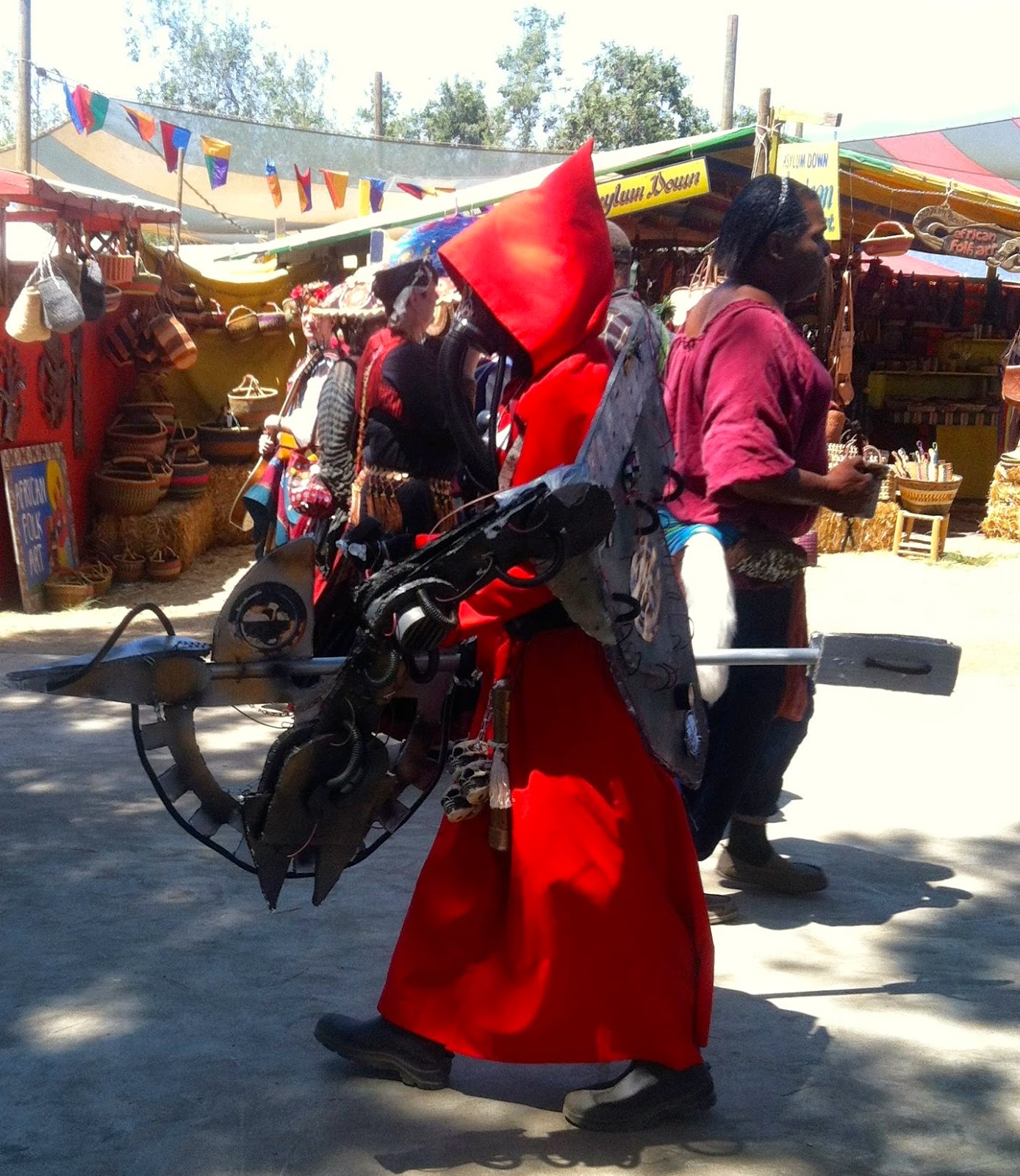 The Joust was especially dusty, but fun.  We joked about the knights being different characters from Game of Thrones.  "Ser Jorah" was the knight with the red feathers and our section was rooting for "Ser Loras, " who won. 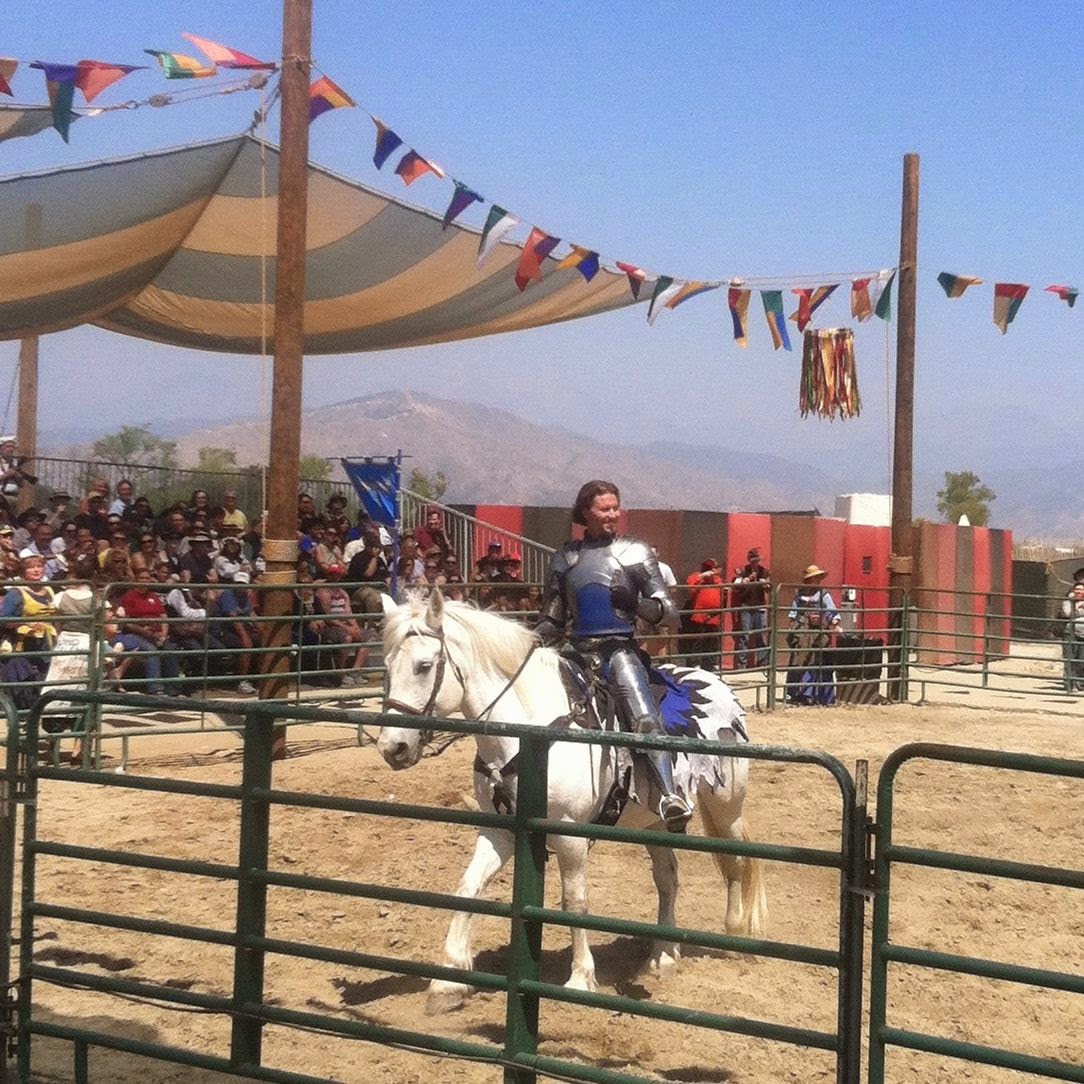 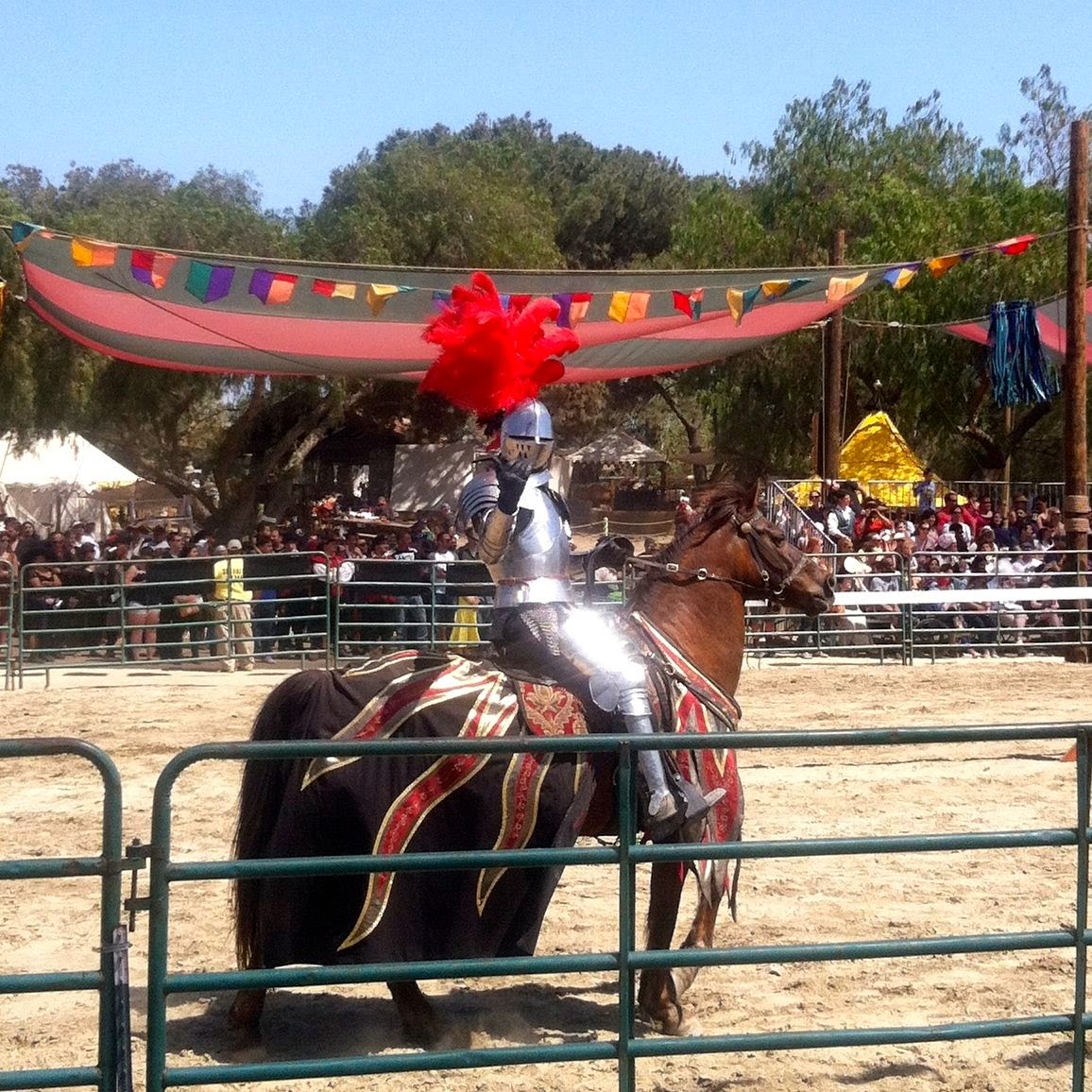 We went on a few rides and generally joked around and had fun.  So much fun that one of us fell asleep on the car ride home... 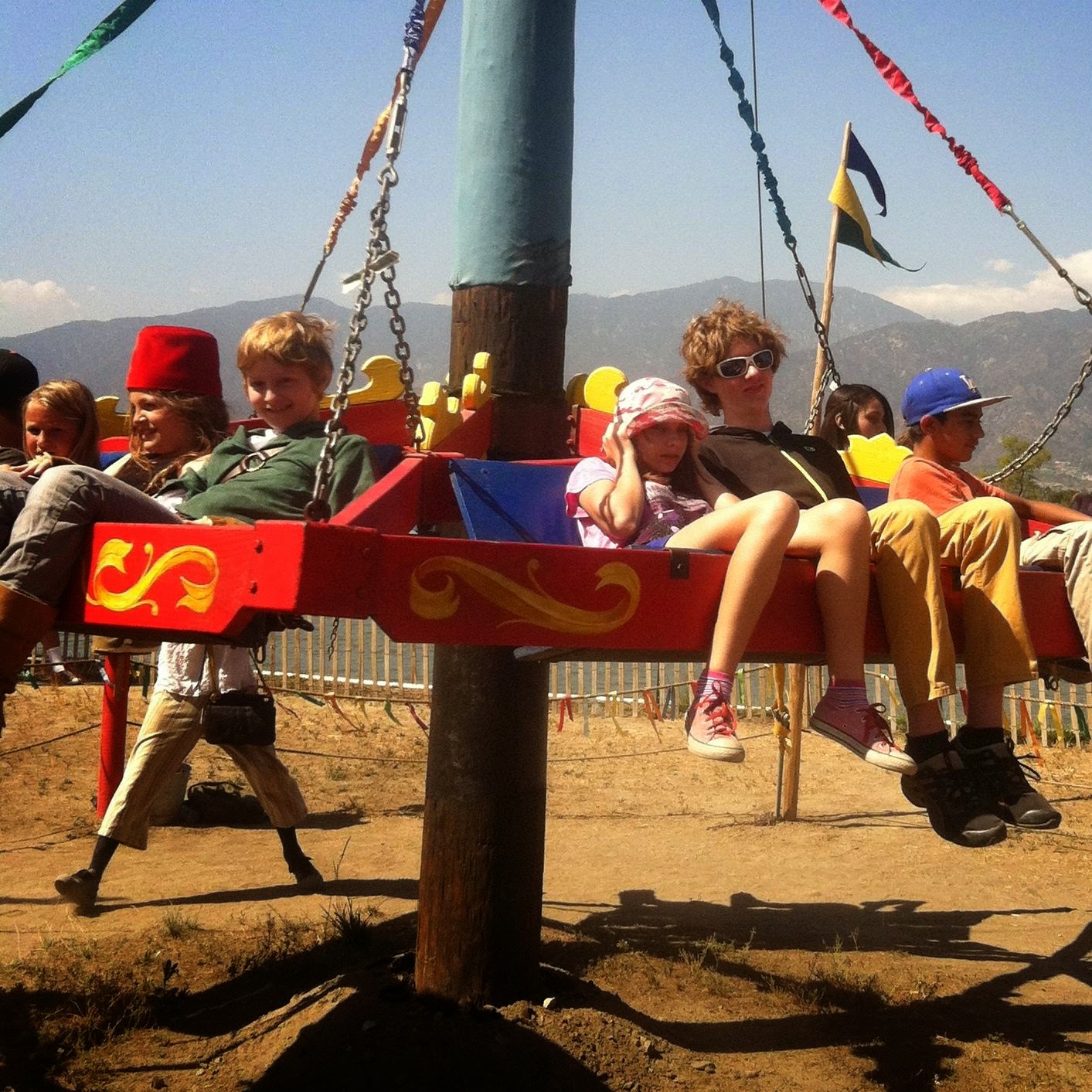 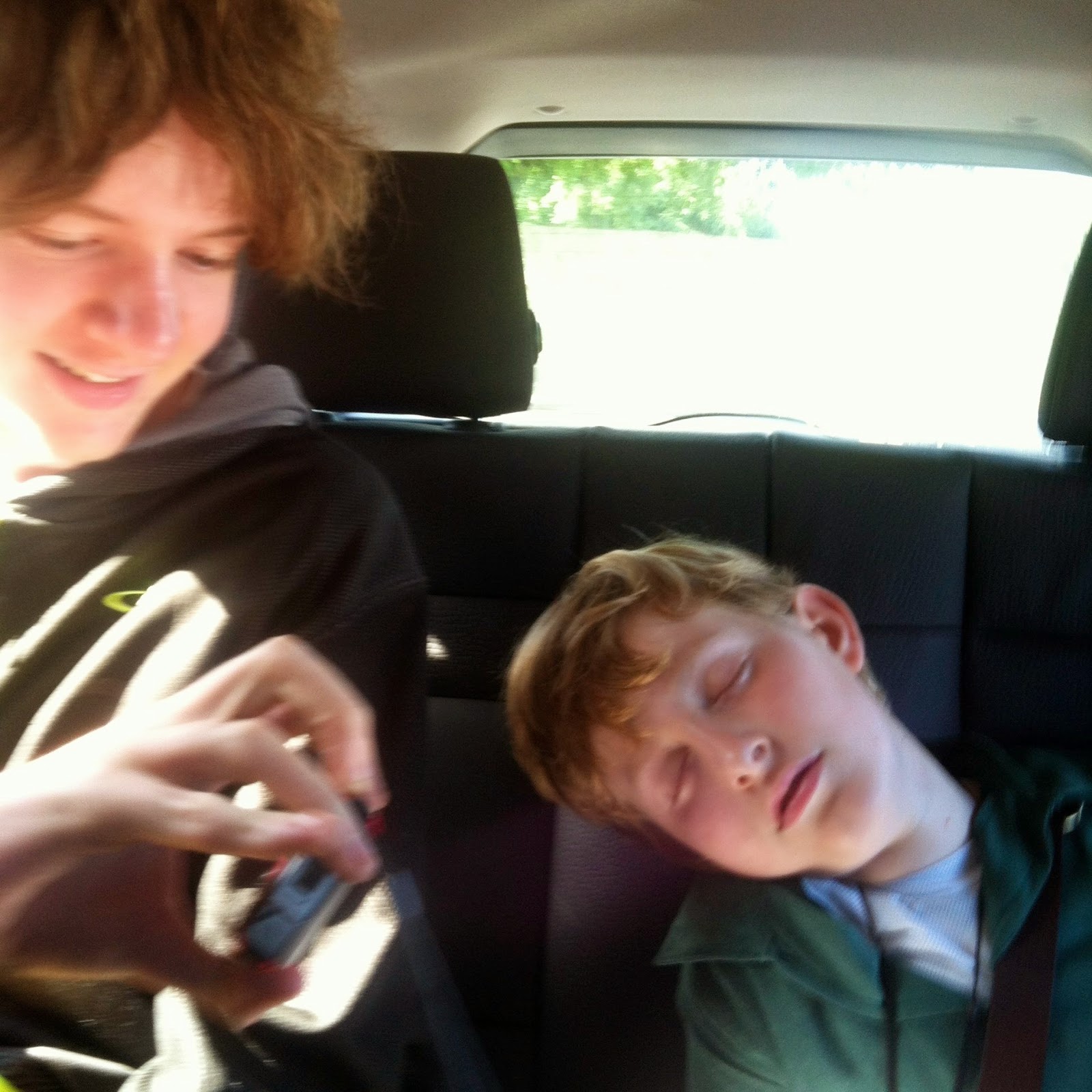