In addition to remaking some old costumes into new ones but I've been doing a lot of retrimming lately.  It's a great way to give new interest to old gowns and hats  and is actually a very historically correct thing to do!  Hats and gowns were given a new look, made more up-to-date or just reinvigorated with new or different trims and cuts.

Most often I retrim hats.  It's a large part of the reason I almost never hot glue trims on my hats, not only is it not "period" it's also very hard to undo.  Most of my trims are just whip stitched on.  These are both the same hat 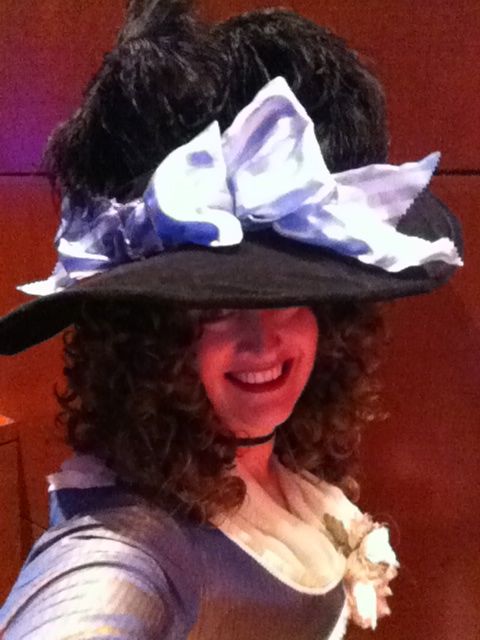 Other times I retrim a hat to work for a multitude of eras and outfits.  The hat on the left below is the same as the one on the right.  I've used this same base hat for Elizabethan, Regency and late bustle. 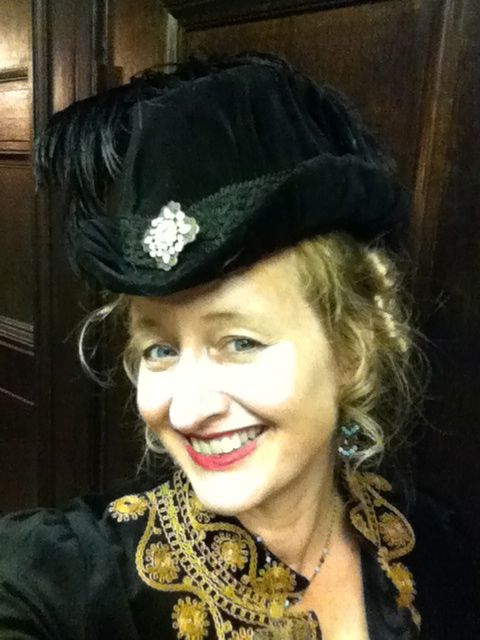 After making the nice new 1850s petticoat I wanted to revamp my old Poe Mourning gown.  So I added some vintage lace at the neckline, a wider lace as a bertha and some more black velvet ribbon.  The original gown is on the left, and the revamped version on the right: 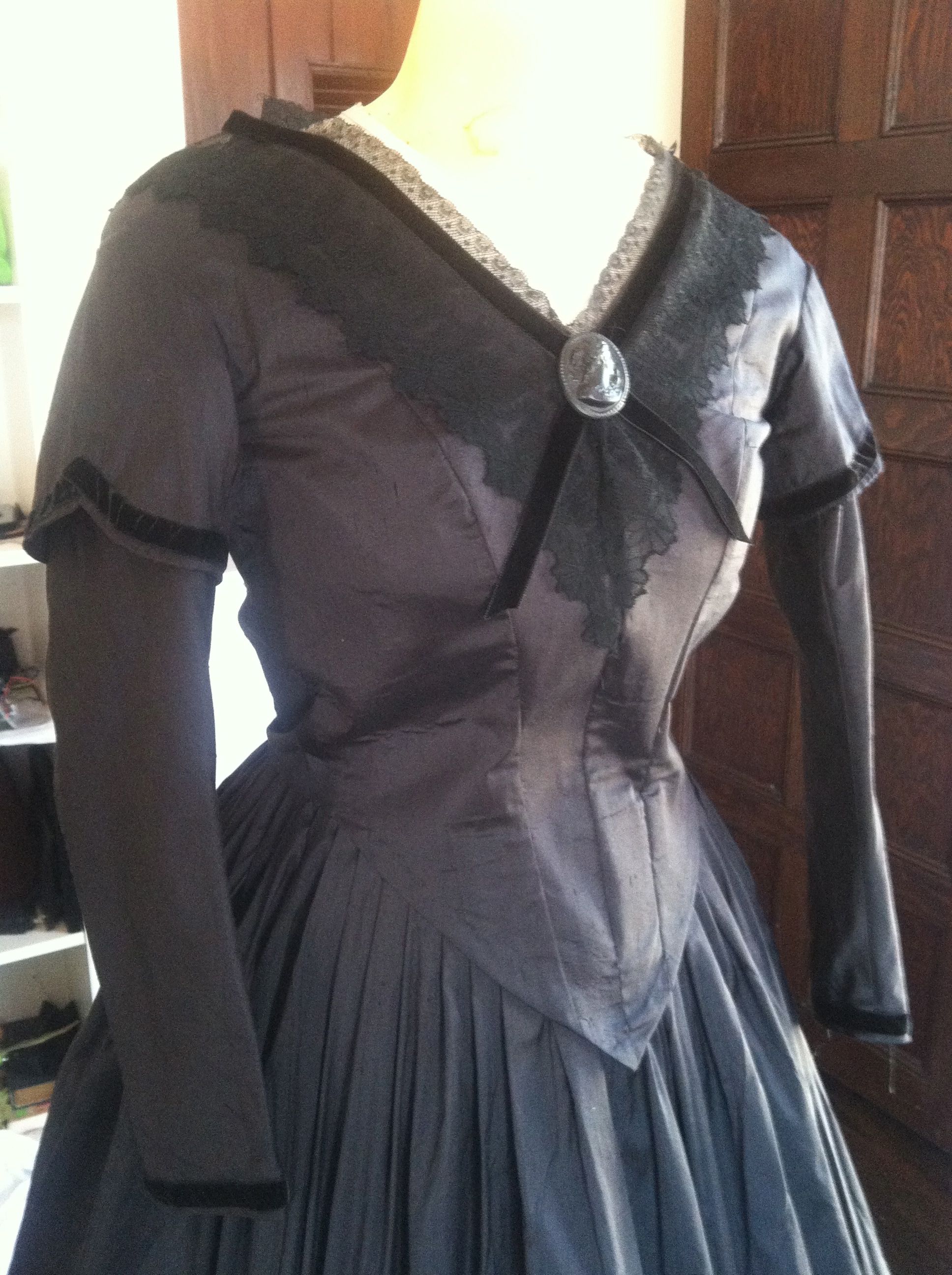