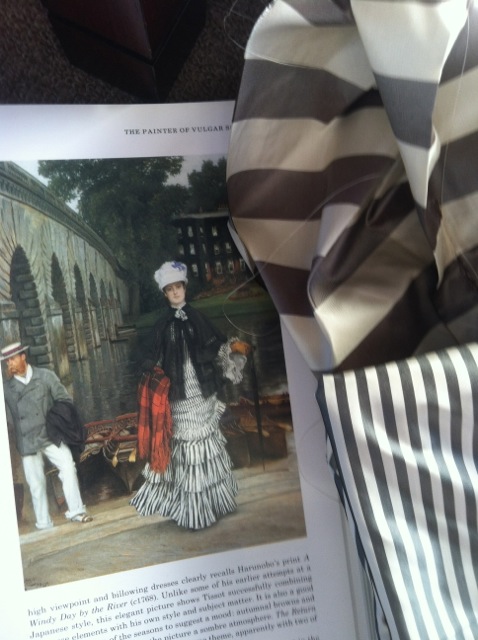 So I've been really jonesing to sew lately, but the both kids STILL aren't back at school so it's been hard to grab some mom-time.  Then yesterday there was an unexpected lull so I went up to the hobby room and got to work.

I've had some off-white/grey striped silk taffeta in the stash for a long time now.  I bought it originally to make a Sleepy Hollow repro back before Exclusive Silks came out with the black and white version of the same thing.  And then when the b/w came out I bought some of the narrow striped version of the same thing thinking one day I'd make a bustle dress out of it.

Then I was pawing through my big Tissot picture book the other day and ran across this dress and thought it would be fun to make something similar with the striped silk!

Conveniently I also had some dupioni of exacty the same shade of off white in the stash.  I'm using this for the parts that don't really show, so if they DO show they at least sort of match.  I have much more of the narrow stripe than the wide so I've decided to knife pleat it and use it for the skirt flounces and use the narrow for the bodice and over skirts.  I'd obviously thought about this a bit a while ago because the off white dupioni was already cut out!  So the underskirt base is nearly done and I've started working on the pleated underskirt ruffles.  While I have a perfect pleater I find that when I'm working with stripes I like to do the pleats by hand to make sure the stripes are lined up correctly, it's just easier for me that way.  I pleat, hold the pleats in place, spray with a water/vinegar mixture and press.  This taffeta is really great for the pleats - they are so crisp! 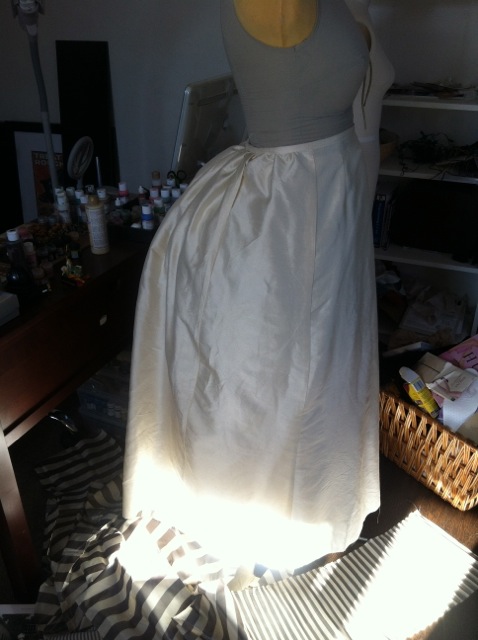 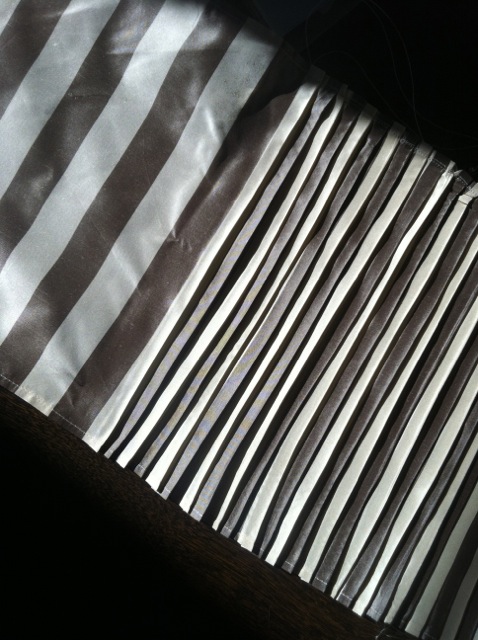