Most of the fabrics I've been using for my fontange experiments are organza and organdy. For a long time I'll admit that I  didn't really know the difference between these two fabrics.  Was it fiber content?  Two different words for the same thing?  Ye olden days language? Or???  So many questions!

Anyway, after years of Miss Brilliantine of B*tch Pelisse telling me that cotton organdy was a wonder fabric for flatlining and facing I finally got myself a bolt -- and I have been a convert ever since.  Recently I got some Swiss cotton organdy from Farmhouse Fabrics for my fontange experiments in the hopes it would be even finer and lighter than the bolt of organdy I had.  And I wasn't disappointed.  I found it was very different from the cheaper organdy I'd been using.  Both are great, but they are different.

So I thought I'd share a bit in case others were wondering about these fabrics too.

The cotton organdy I have is very stiff and only somewhat sheer.  When pressed with steam it becomes limp and flexible but becomes very stiff and firm again once it has cooled.  It's actually similar to buckram in this way.  It holds pleats and creases marvelously, just so long as you wait until it has cooled. It is very light it is stiff enough to stand up on it's own.  It's great for flatlining drapey fabrics that need more body.  It can give a bustled drape support to keep it nice and poofy.  It's also great as a sewn in interfacing for collars and such.  But it's not as pretty as the other two, so I'm not sure I would use it on it's own. 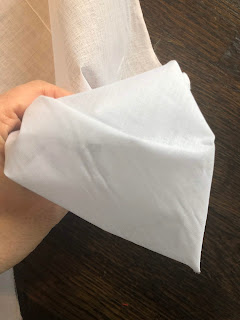 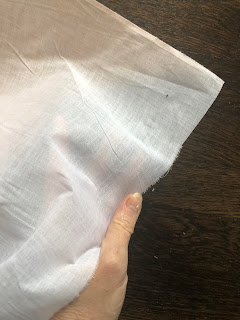 The Swiss cotton organdy I just got is much more sheer and fine.  It is also less stiff and doesn't have the same super-pliable nature when steamed as the regular organdy I have.  I thought it would be good for light stiff sheer items.  I am working on another fontange similar to the one at the top of this post only of Swiss organdy and have also made a Regency chemisette with a large standing ruffle and it has worked very well for both. 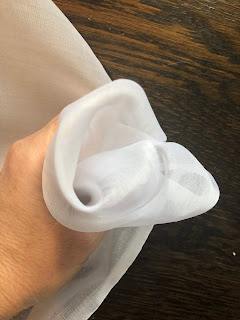 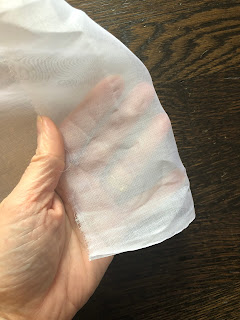 The silk organza  is the most sheer of the three.  It is also much more flowy and much less stiff than either of the organdies.  I used it to make the fontange at the beginning of this post. If the ruffles didn't have wired ribbons behind them they would not have enough stiffness and body to stay up and would flop over, but it is beautifully sheer and light. 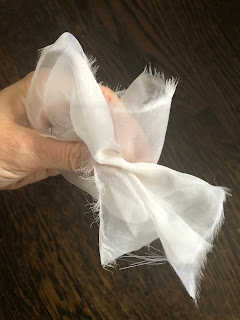 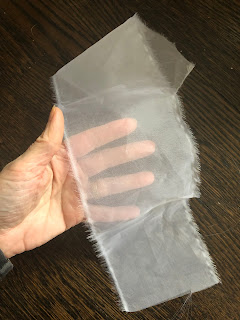