Quick and Dirty No Soldering Light Up Wands!

While working on another light up prop (which I'll blog about later) I ran across some little battery operated fairy lights I'd bought a while back and had the idea that these might be a way for someone who didn't want to deal with soldering to make a light up wand.  I really like these for costumes and props because they are cheap ($11 for 6 on Amazon), bright, and the battery packs are tiny. 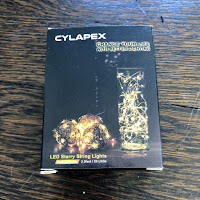 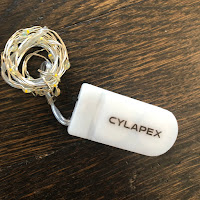 It turns out that these fairy lights can be cut anywhere along the line and still work!  So I cut off all but the last 4 LEDs of the set and wrapped the wires around each other until I got one rather large glowing lighty bit. 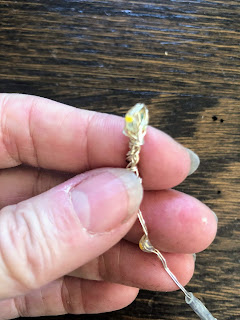 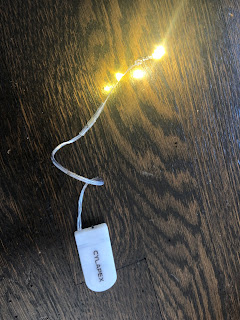 Then I hot glued my chopstick to the battery pack and wrapped the wires around it leaving the lighty bit at the tip of the chopstick. 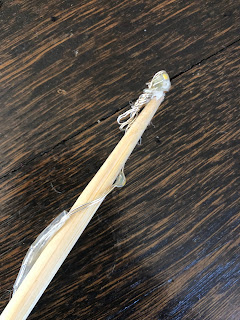 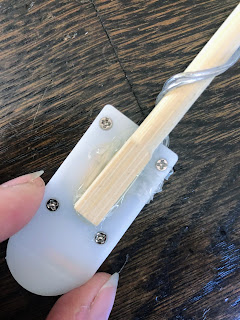 I wanted to try out a rougher, more rustic style wand, like something Hagrid might have, so I hot glued a thin sheet of fun foam around the chopstick and made a sort of handle our of fun foam where the battery pack was.  I put a glob of hot glue on the lighty bit so that it would be fused together then made some designs along the length of the wand with hot glue.  Finally I painted it by first masking off the tip of the wand then coating it with black spray paint, being careful not to cover the switch.

Finally I dry brushed different shades of brown over the black and then a light dry brush of interference paint once the brown was dry.  I coated the entire thing with Mod Podge clear gloss to seal and protect the pain.