Sometimes I'm at a loss for these challenges, but when I saw this one I knew exactly what I wanted to do.

I've been planning a Edwardian bodycon Longchamps/Ascot ensemble for Costume College ,and while I have a few Edwardian hats in the closet, none of them were really, you know, BIG.
Like this kind of big:

A while back I'd read Jen Thompson's great blog post on re-making a sombrero into an Edwardian hat and thought, that sounds like a plan!

The sombrero I found wasn't the same as Jen's, it was just a simple cheap shaped felt.  I steamed it over my tailor's ham into a new shape then wired the brim with millinery wire with a zigzag stitch on my machine. (Make the stitch very wide, go slow and use safety goggles if you do this, you can break a needle rather violently towards your EYE sometimes!) 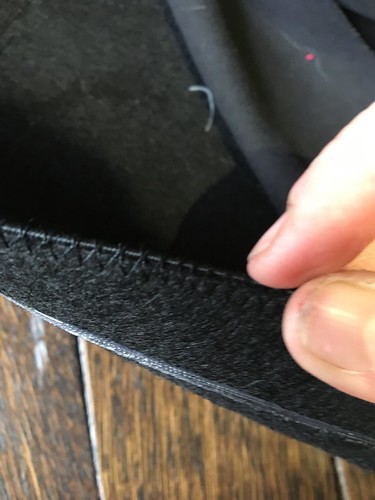 I sewed and glued cotton velvet onto the brim, gluing where the concave curves were and sewing along the edge with invisible stitches. 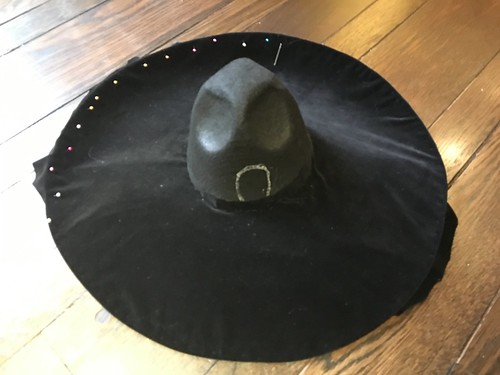 I cut the crown down and created a larger crown out of buckram, wiring the tip and the bottom of the crown.


I covered tip and crown with velvet then sewed all three pieces together.  The underside of the crown is pleated silk taffeta and the crown is covered with ostrich feathers. 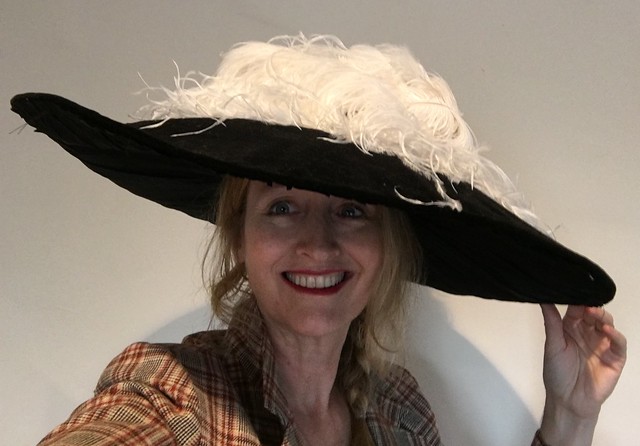 The Challenge: Re-make Re-use Re-fashion - this is a re-fashioning of a sombrero as well as a reusing of some cotton velvet fabric which had at one time been a very crappy 18th century gown that I'd taken apart to use for fabric once I realized how much I hated it.
Material: Cotton velvet, silk taffeta
Pattern: No pattern just winged it/draped it
Year: 1908-1911 ish
Notions: One large felt sombrero, thread, buckram, glue, millinery wire, ostrich feathers.
How historically accurate is it?  Well, I don't think they based their hats on sombreros...
Hours to complete: About 8 hours?
First worn: Not worn to an event yet.
Total cost: About $20 for the sombrero, the rest was in the stash and it's monetary value has been lost in the sands of time.