So the first bird for Cersei's blue gown is basically done! 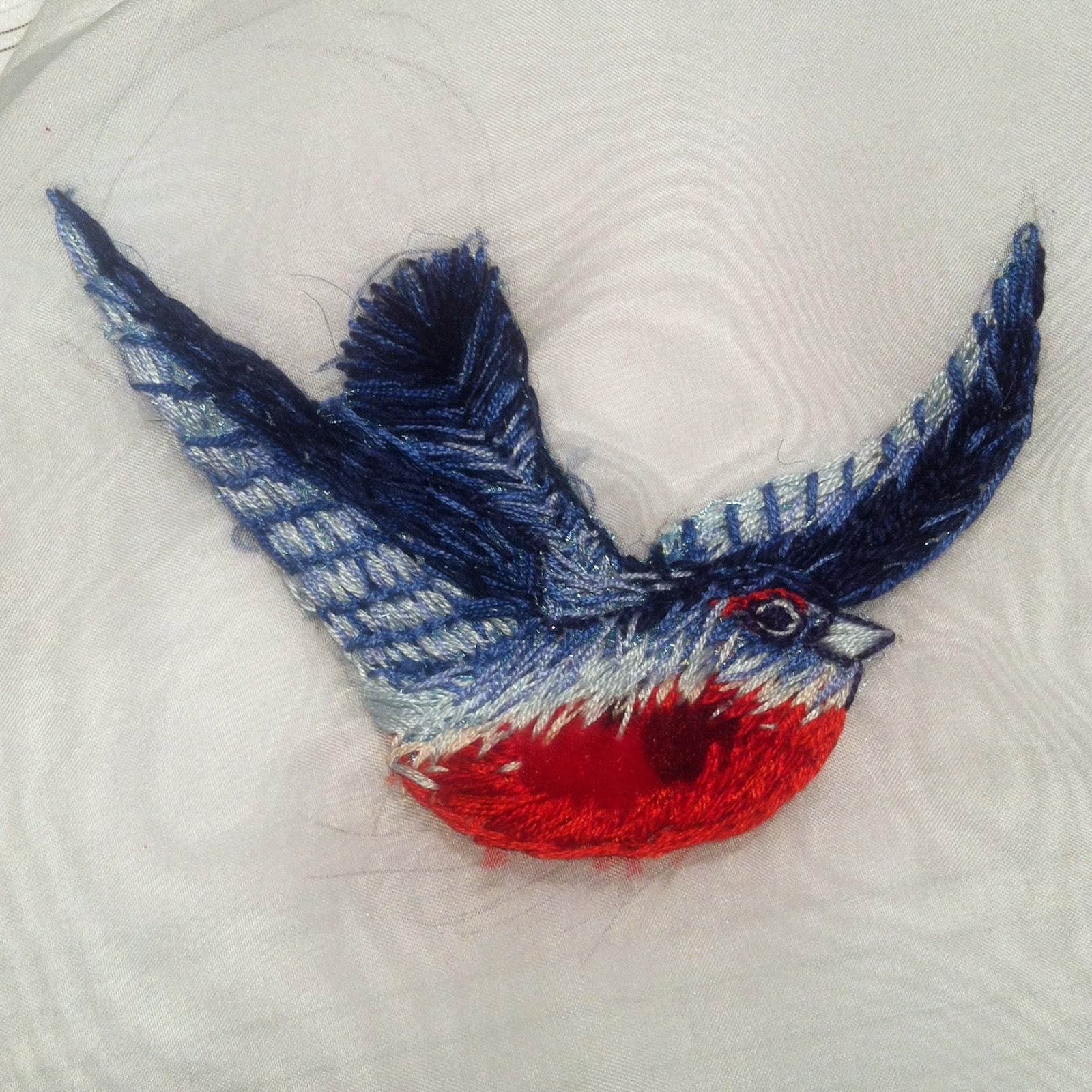 I spent an inordinately long time staring at this image of Cersei's bird embroidery trying to get colors, ideas and what to stitch when in my head, when I suddenly realized I was seeing something rather unexpected. 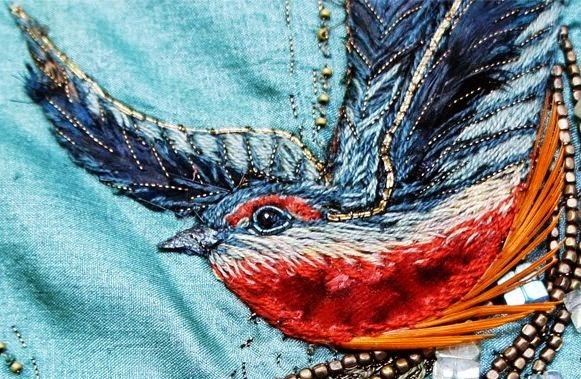 Look at the mottled center part of the red breast of the bird - what I see there is red velvet, not embroidery.  Specifically something that looks a lot like red leopard print velvet!  So appliqued to the center of my birds breast is a tiny piece of red velvet leopard print!

But I'll back up a bit and tell you my process.

First I found images of the birds online, this exact photo in fact.  One I blew up for reference, the others I shrank down until I felt they were the right size. Then I used a light box and traced the outlines of the different parts of the bird onto my silk organza with a sharp mechanical pencil. 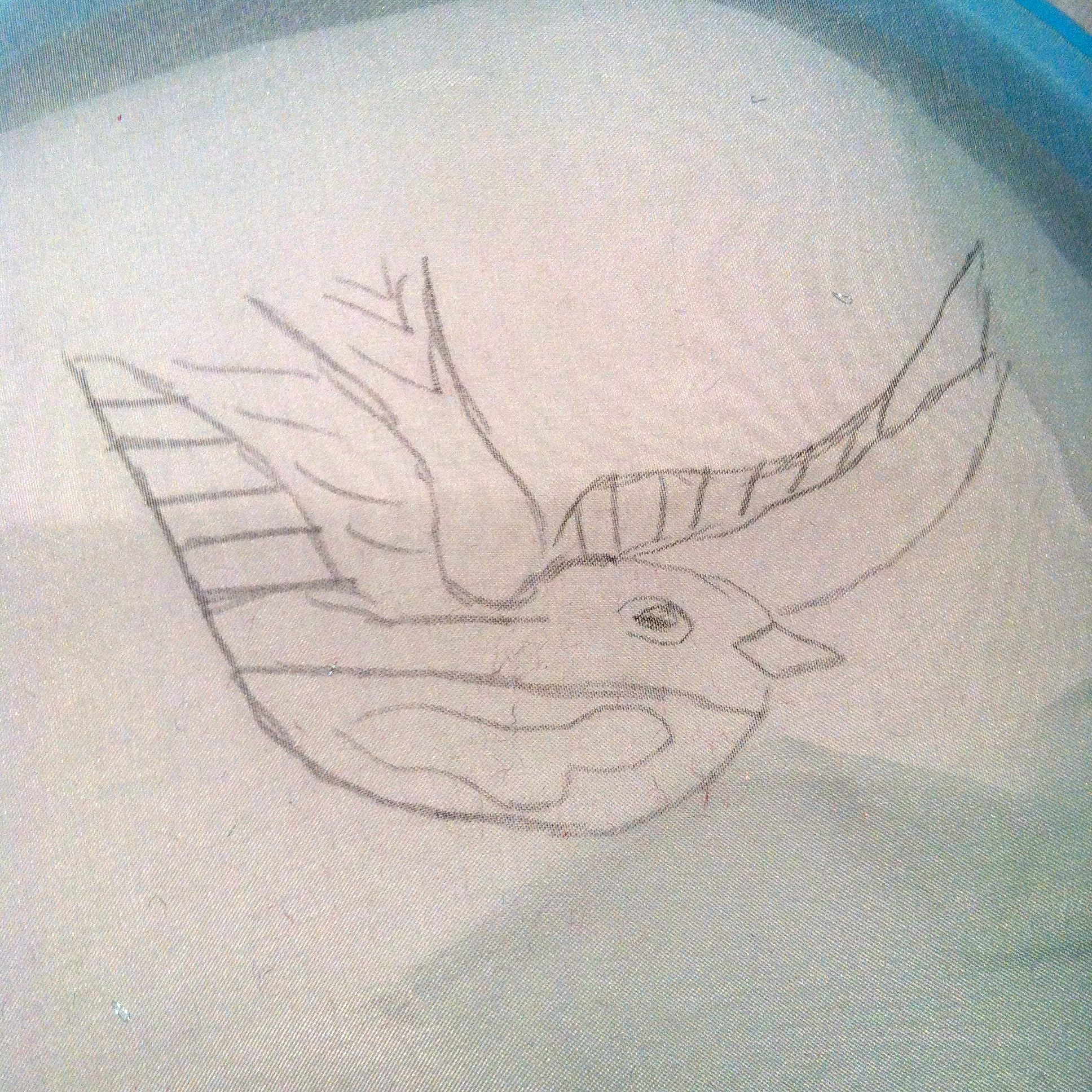 Next I stitched down the bit of velvet and a piece of aqua Italian mesh ribbon (cut open and stretched into the right shapes) to the bird.  The center of the velvet I wanted to show, but the mesh is there more to add body and provide color in case my stitches don't completely cover it. 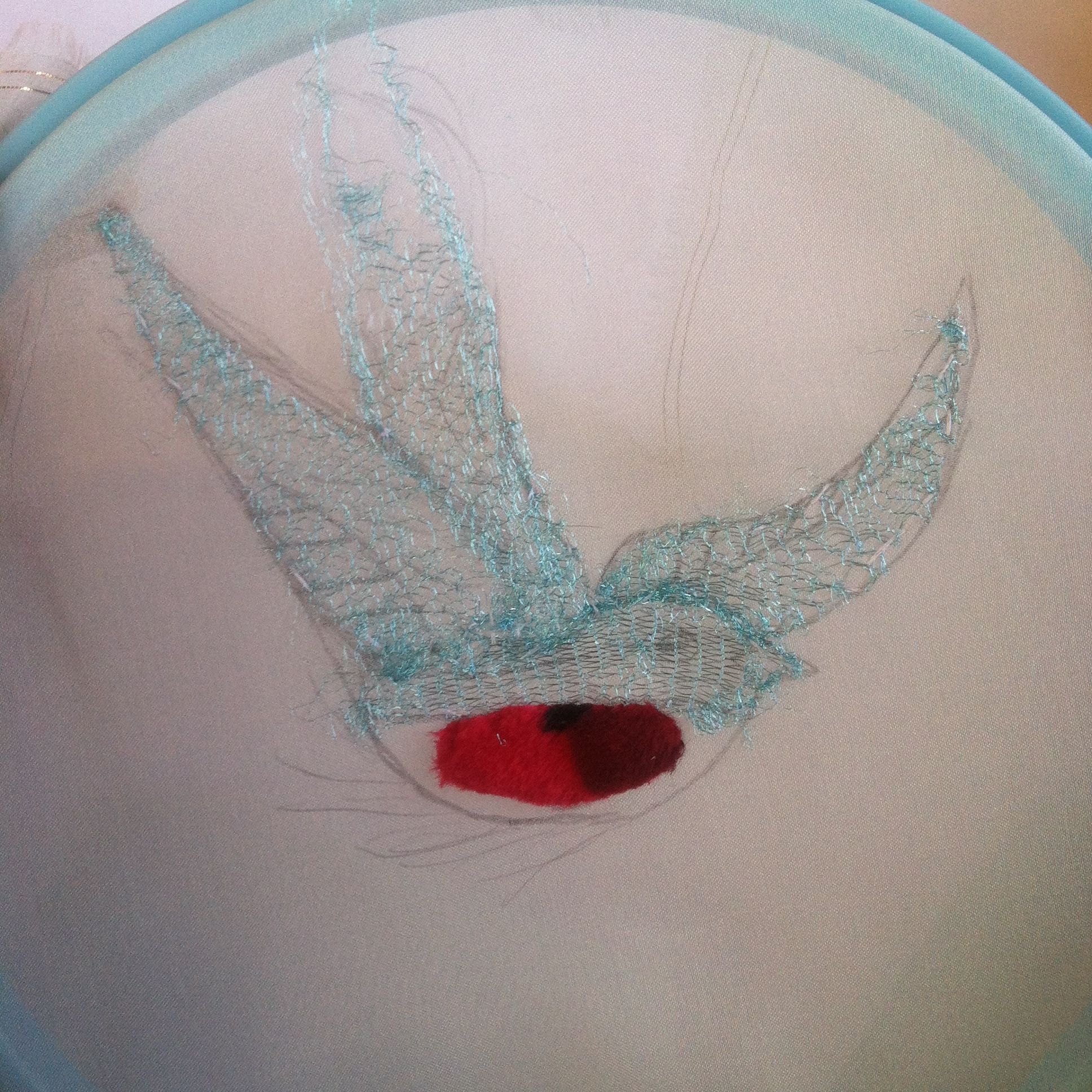 Then I started embroidering on top of the mesh and velvet.  I'd brought my ipad with me to the embroidery store and picked out threads I thought would match the original, mostly I'm just "drawing" with thread using rather large single stitches, other times I'm doing outlines or chain stitches. 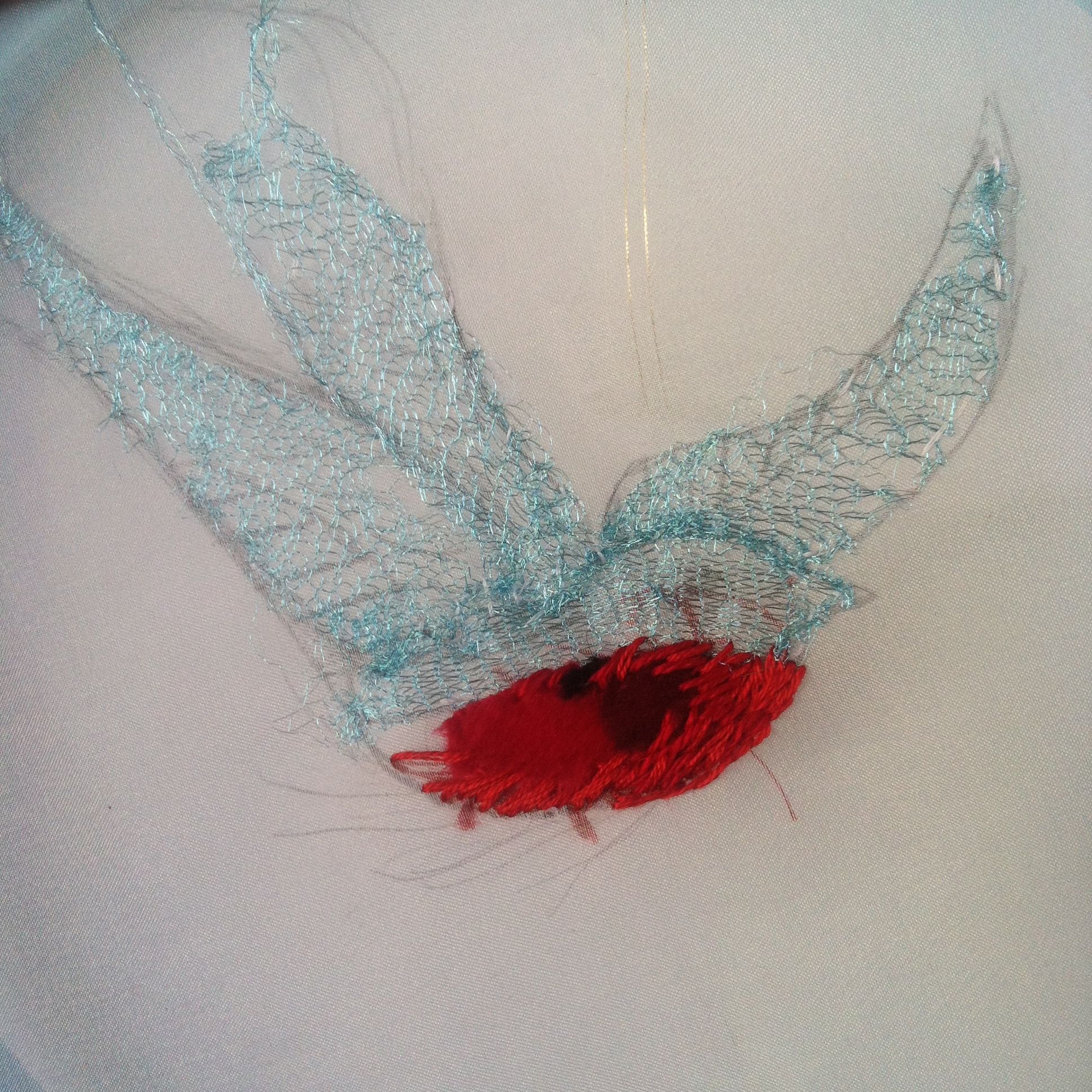 I probably won't sew the feathers onto the bird until I've appliqued it to the gown.  I found the perfect source for the orange ones and am still poking around for the best ones for the tail.  I think too that Michele Carragher may have sewn feathers onto parts of the wings, a few areas look rather "fluffy" to me, but I think I'll pass on that, for this first one at least, or maybe add them later.  Although I do plan to go back over these with the silver striped embroidery thread in in the places you see it above I've gotten fir first bird basically finished.

One kind of fun thing - having the Italian mesh as an under layer means that tiny bits of it shine though giving it a very subtle sparkle. I figure this first bird will be put down low since it's my first one and will probably be the worst of the bunch.  I just need to do two more left facing and 2 right facing birds then it's on to the dress!  :P