I know I've been terribly quiet lately.  The start of a new school year for my boys, who go to different schools which started 2.5 weeks apart is mostly to blame.

The other thing is I have two separate surgeries scheduled on my feet coming up very soon, next week in fact.  So any plans for me working on organizing the sewing room or doing work on the sewing machine have to be put on hold.

That said I have been working on getting some handwork together for my rather long recovery period.  There's finishing up the embroidered somacher that I posted about last time.  And I'd gotten out an old UFO to work on and have gotten it to the point that nearly everything I have left is handwork.  It's a Venetian I'd started for the various Ren fests, so not all that accurate but pretty and closer to accurate than my go-to pirate costume!  It's a cotton brocade I got at the Calico Corners outlet store in Lancaster, PA years ago.  I had barely enough fabric to work with and had to get creative in how I put it together but I think it will work.  It's a modified version of Margo Anderson's Elizabethan Lady pattern.  I'm a little further along than this picture (where everything is just pinned together) but this gives you an idea of the direction it's going in. 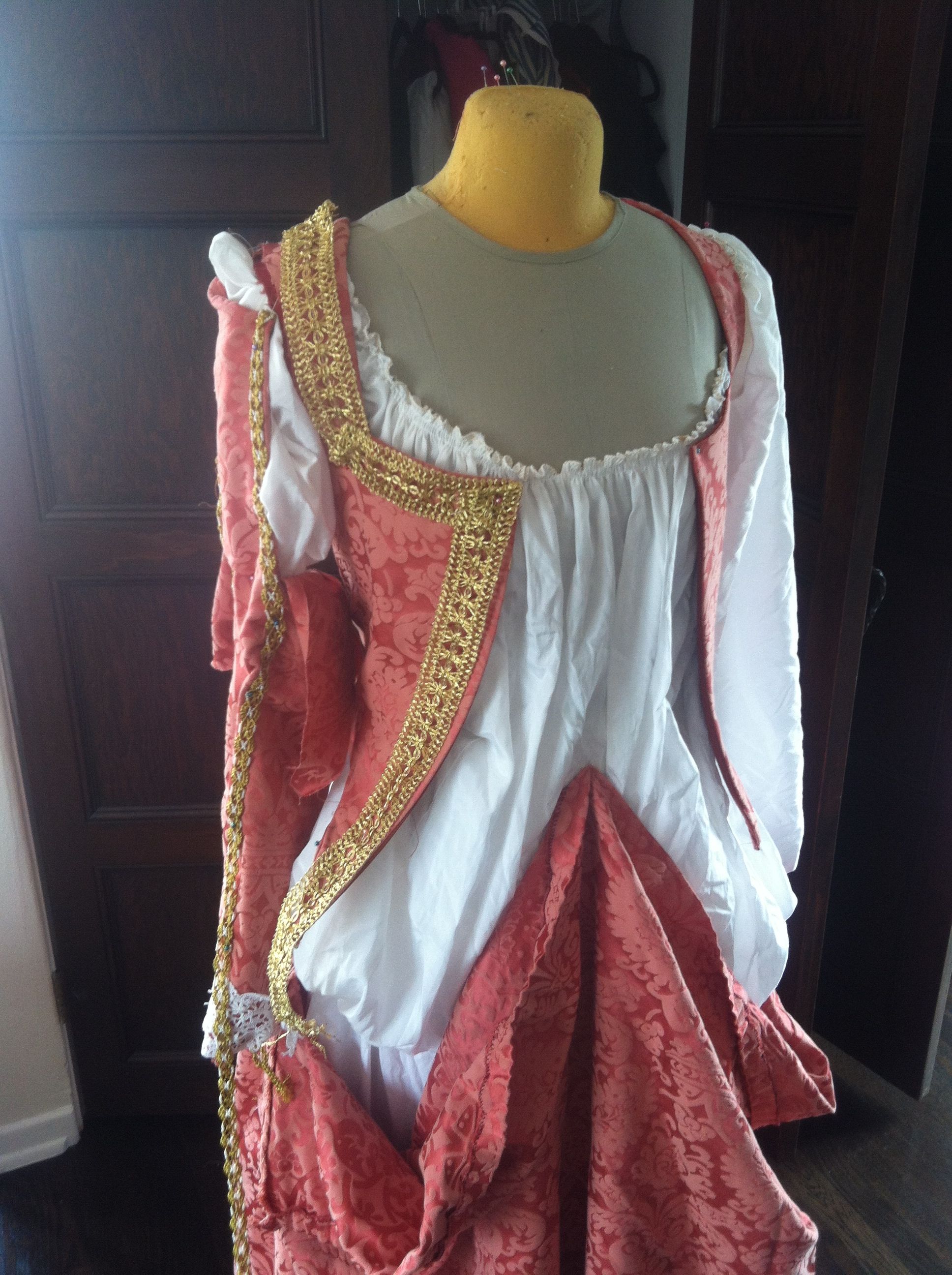 Finally, I think I entered the realm of crazy-town because I'm considering trying to embroidery one of the birds on Cersei's bird dress as a trial run to see if I want to actually embroider them all myself.

So I bought a bit more of the Italian Mesh ribbon in blue.  I thought the mesh helped "fill in" space on the embroidery on the other gown, as well as giving it more 3 dimensionality, shimmer, and richness.  I found this English vendor of the Italian mesh ribbon had a wider variety of colors than any of the American vendors I've seen.