Life has been pretty crazy for a few months now, and I'm sorry to say, not in a good way.  Needless to say it's been harder than ever to squeeze sewing in.  As a result I didn't make anything new for the Edwardian Ball (which I should tell you actually has an Edward Gorey theme, not Edwardian theme, hence the more fantasy Victorian/Edwardian/1920s costumes) This year I wore my "Irene Adler"  pink outfit from the first Sherlock Homes movie.  I figured the pink would be a bit more visible in the dark than my other black outfits and that it would go well with my husband's brown striped sack suit and bowler, which seemed a little "Watson" like to me. 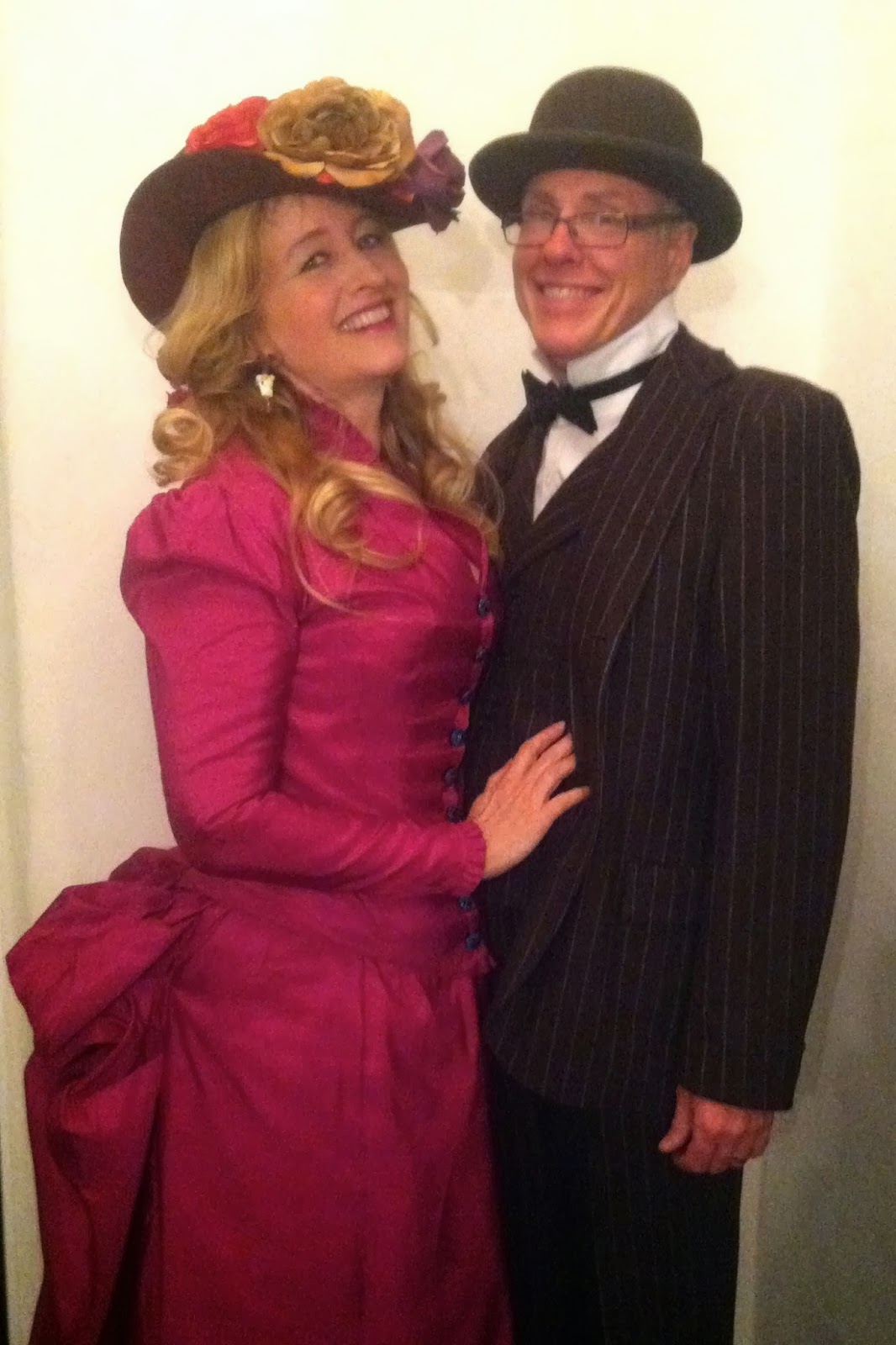 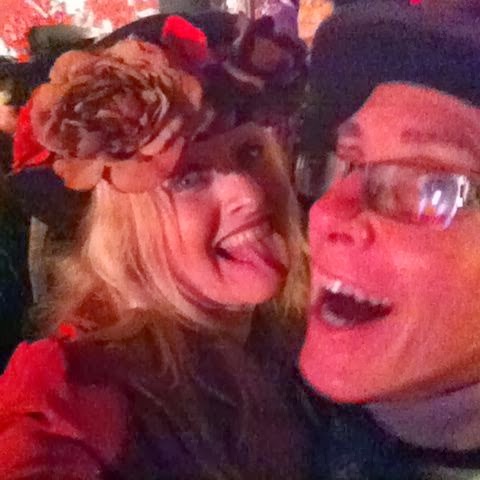 I'd only ever worn this to Costume College, so it was nice to give it another outing but I have to admit, I think I probably would have done better to wear the "black bird" or my Krampus outfit - people really went all out on the "wow" fantasy costumes this year!  I had the rare-for-me feeling that I was under dressed!

There was the main floor downstairs with a large theater and a rooftop area with DJs and a midway  - see the knock-down Gashleycrumb Tinies?  There were lots of other Gorey-esque props around too. 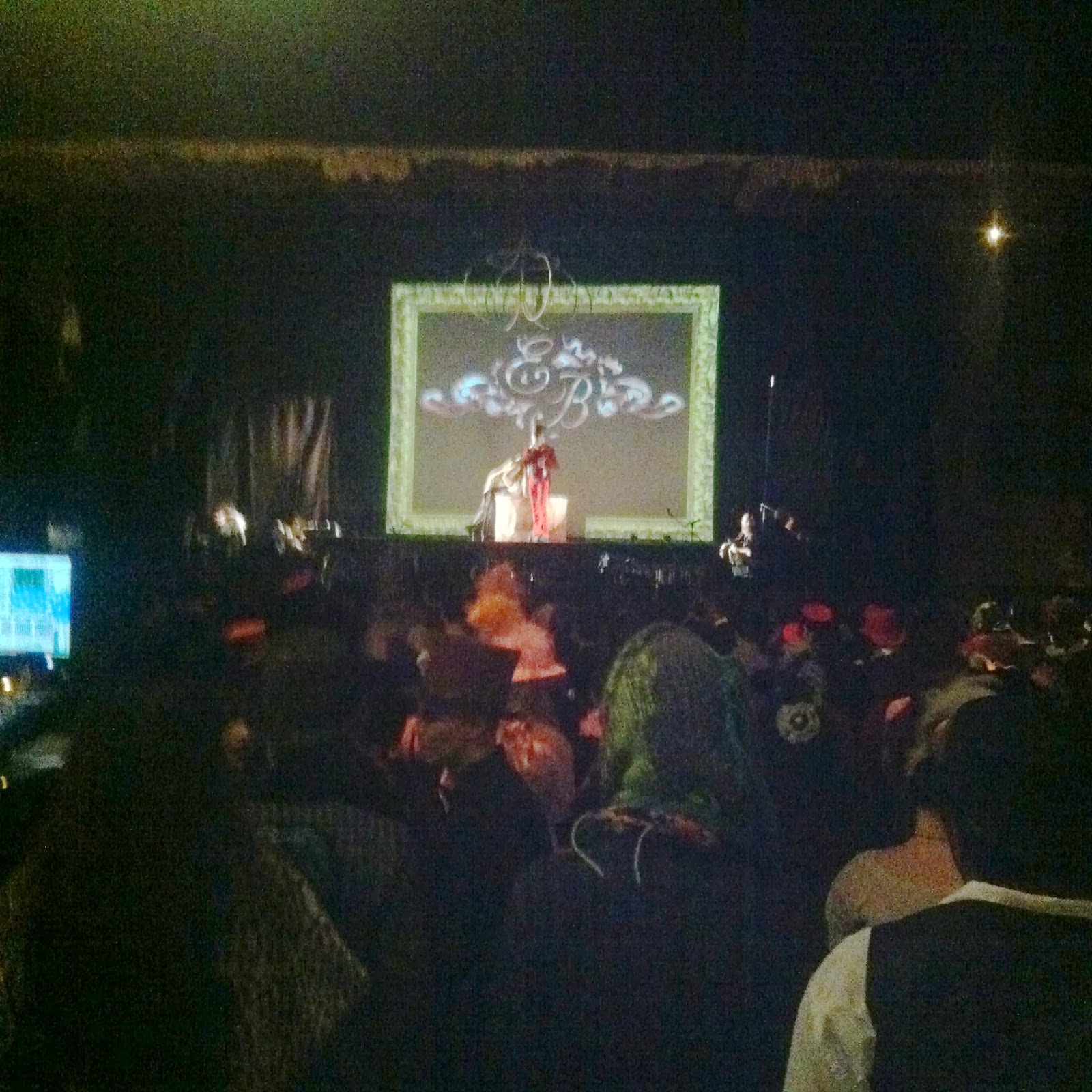 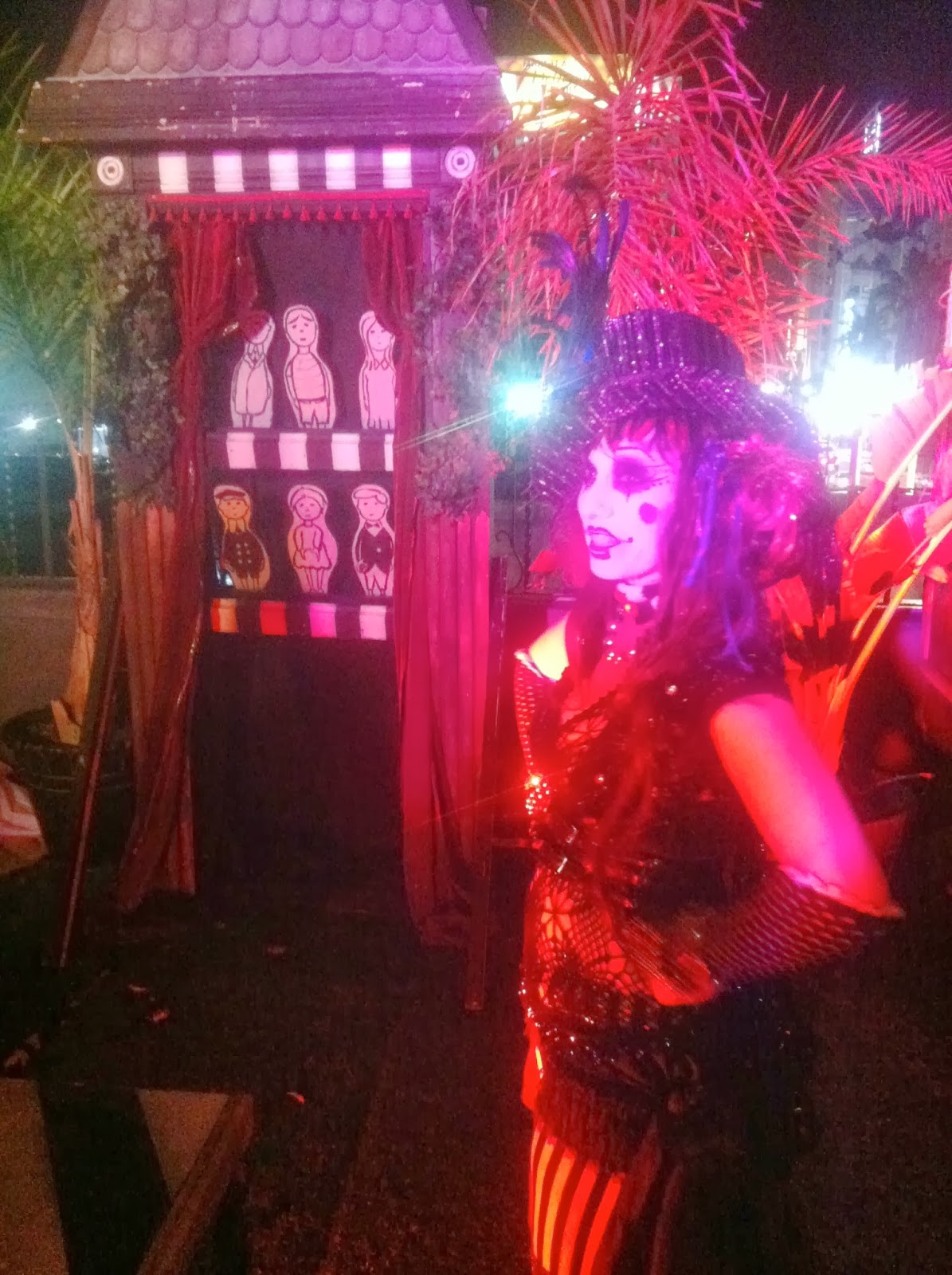 Stripes, spirals and black seemed to be the order of the day.  Even the DJs were dapper! 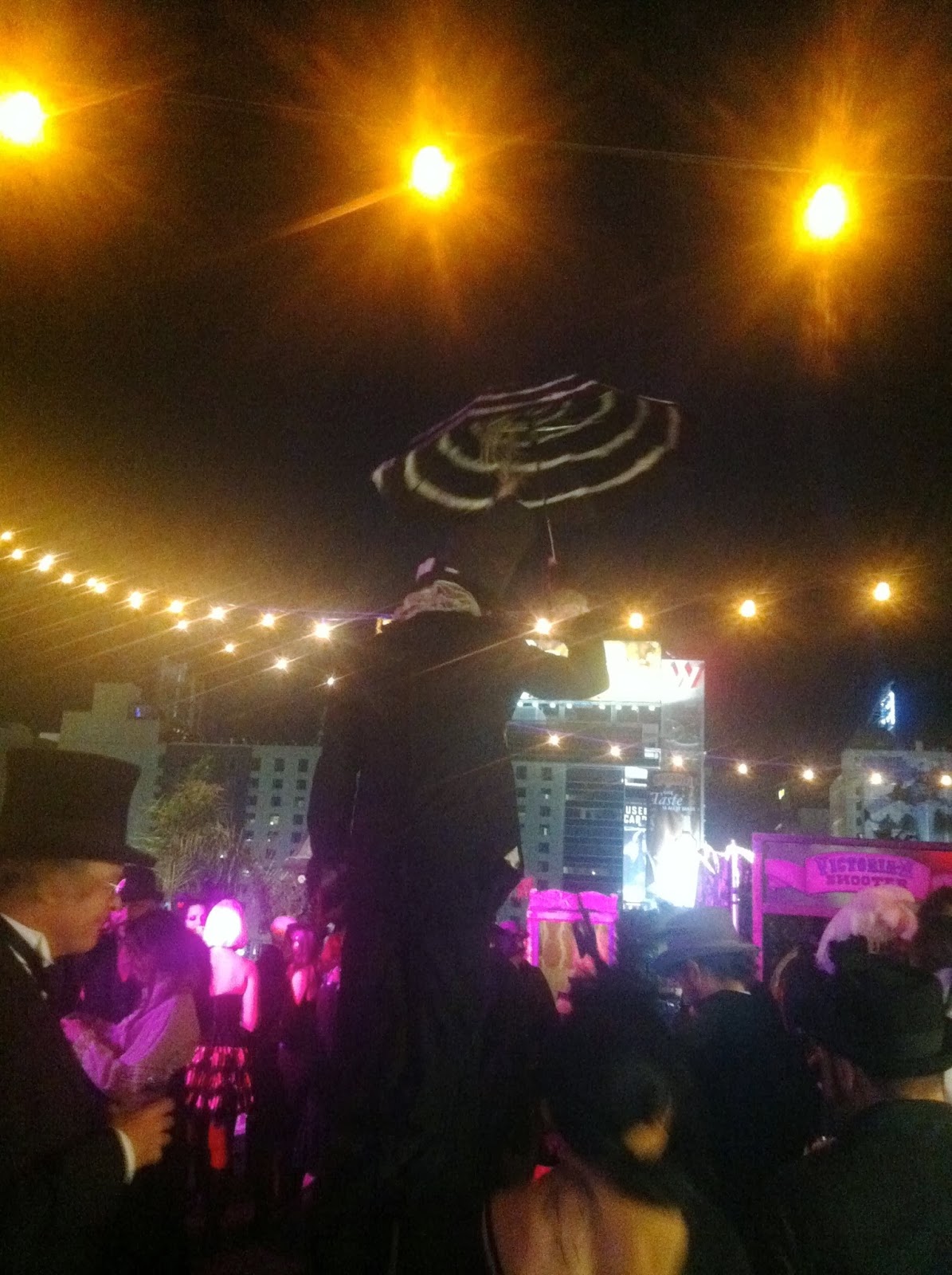 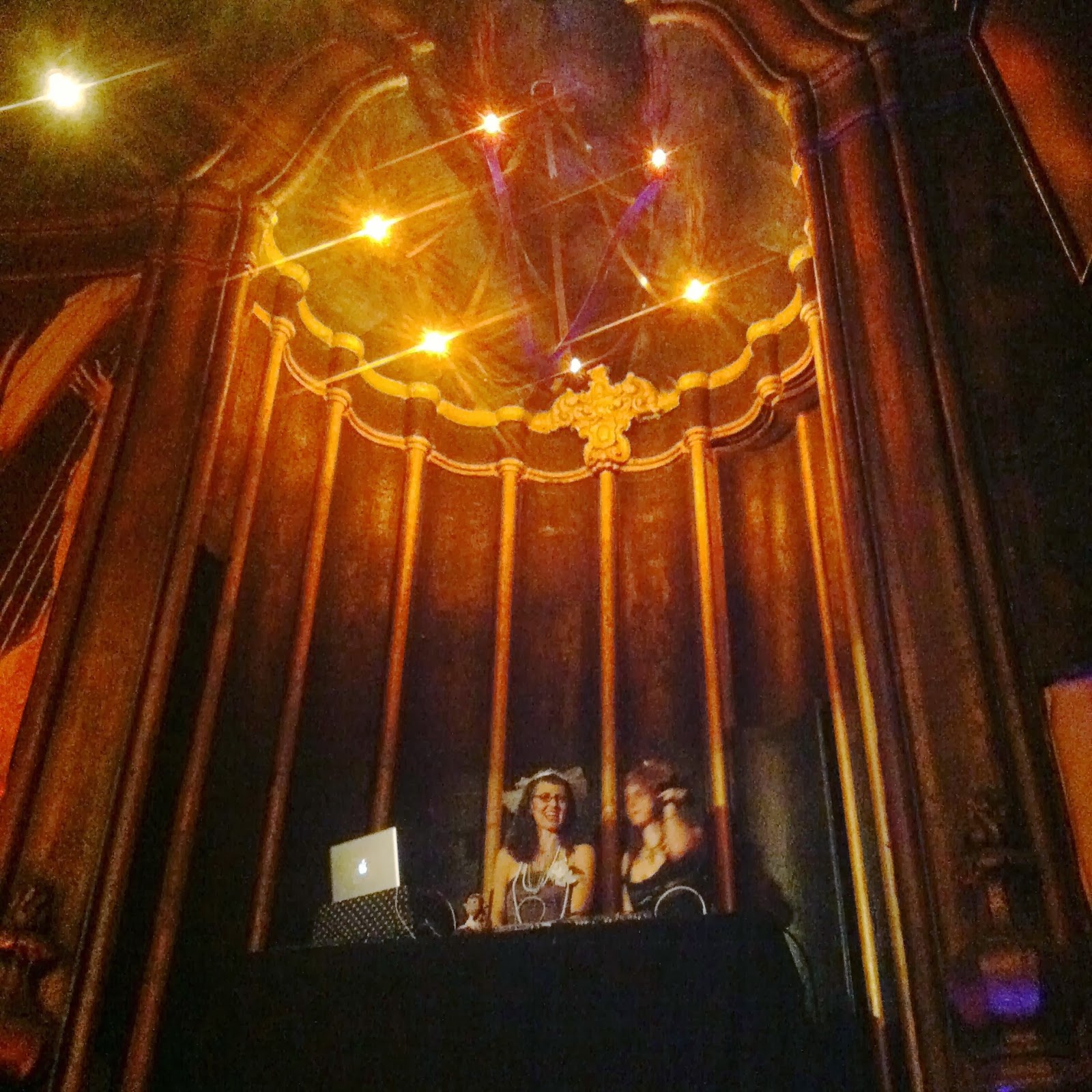 There were clowns, military men, pirates and horned ladies. 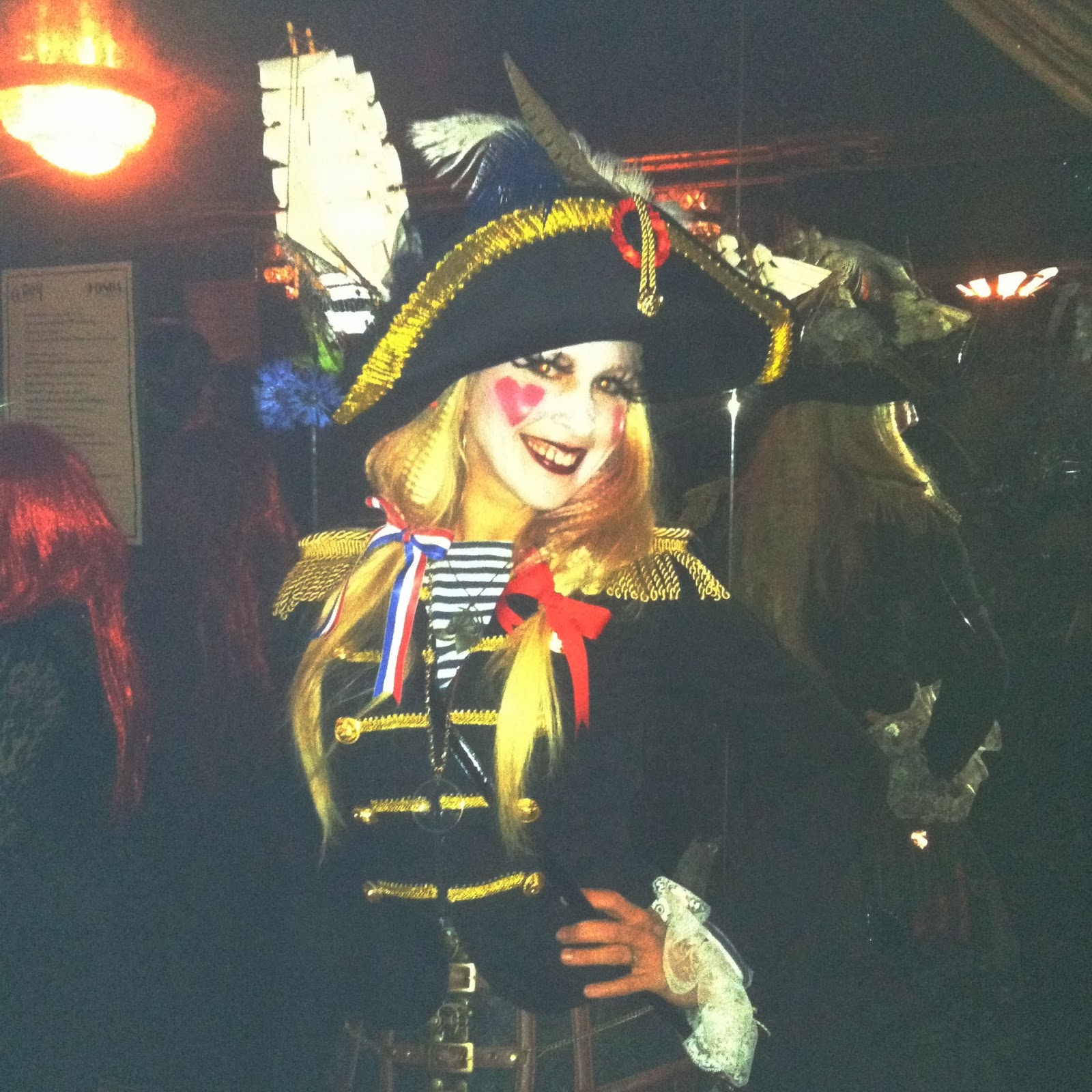 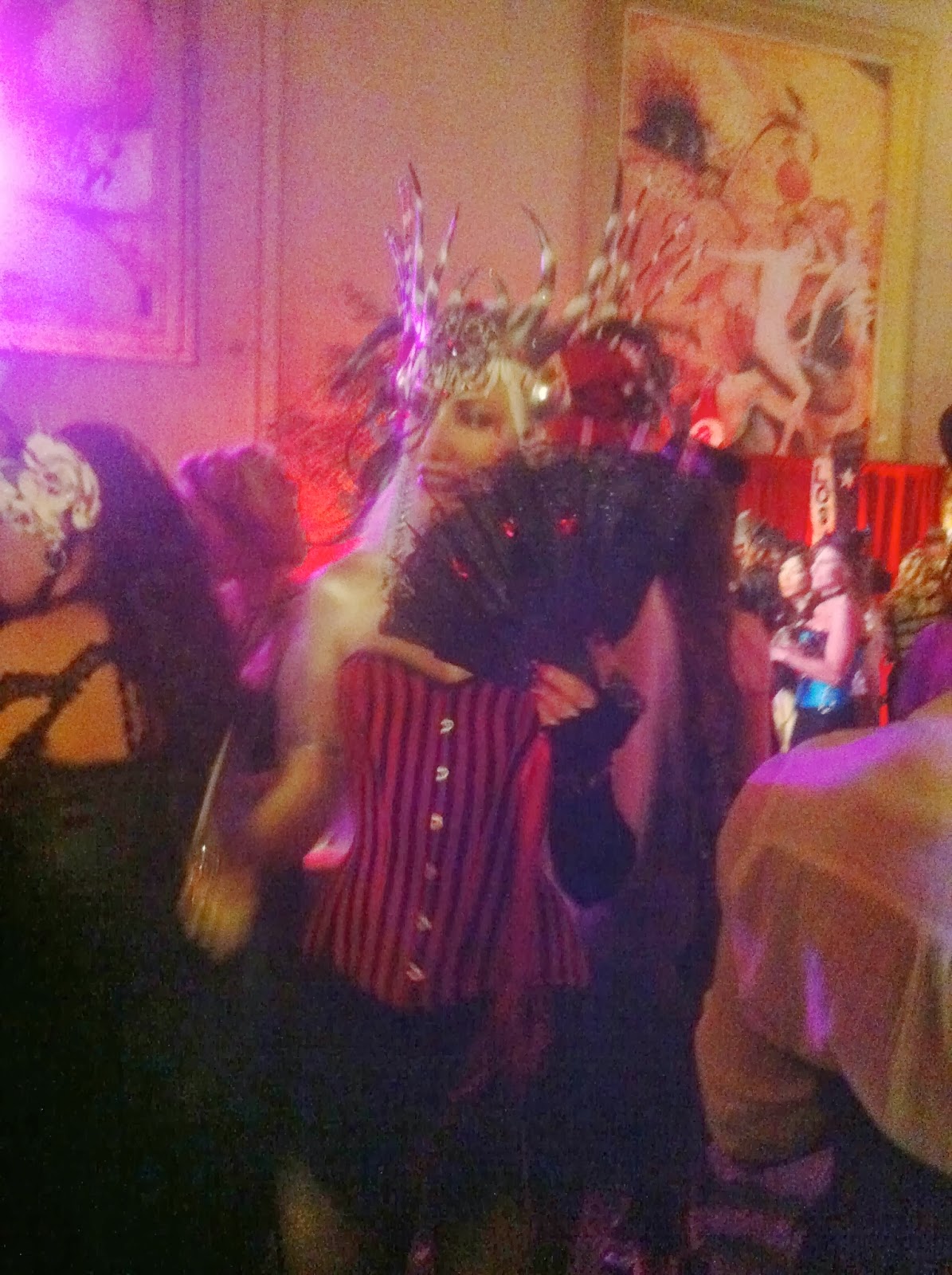 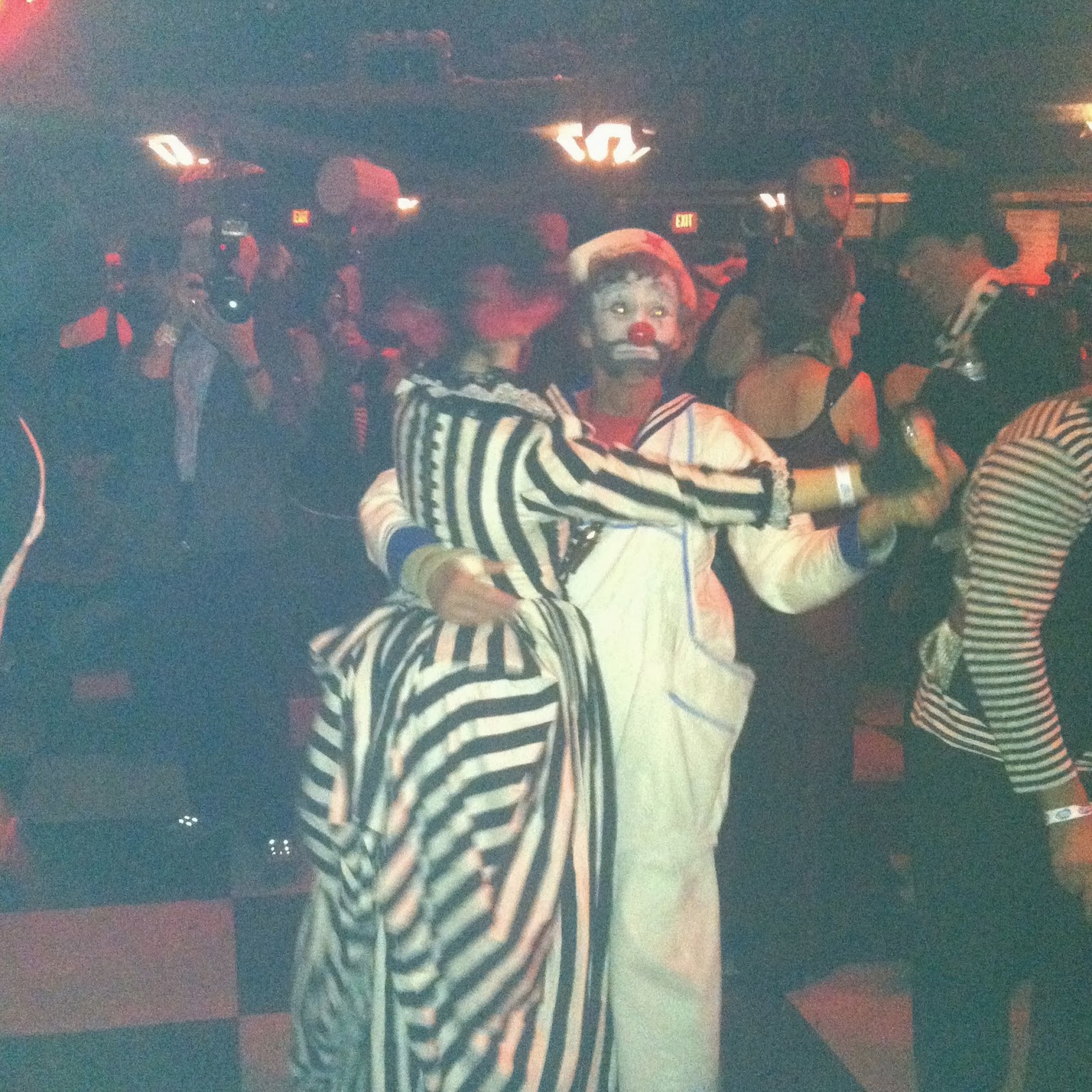 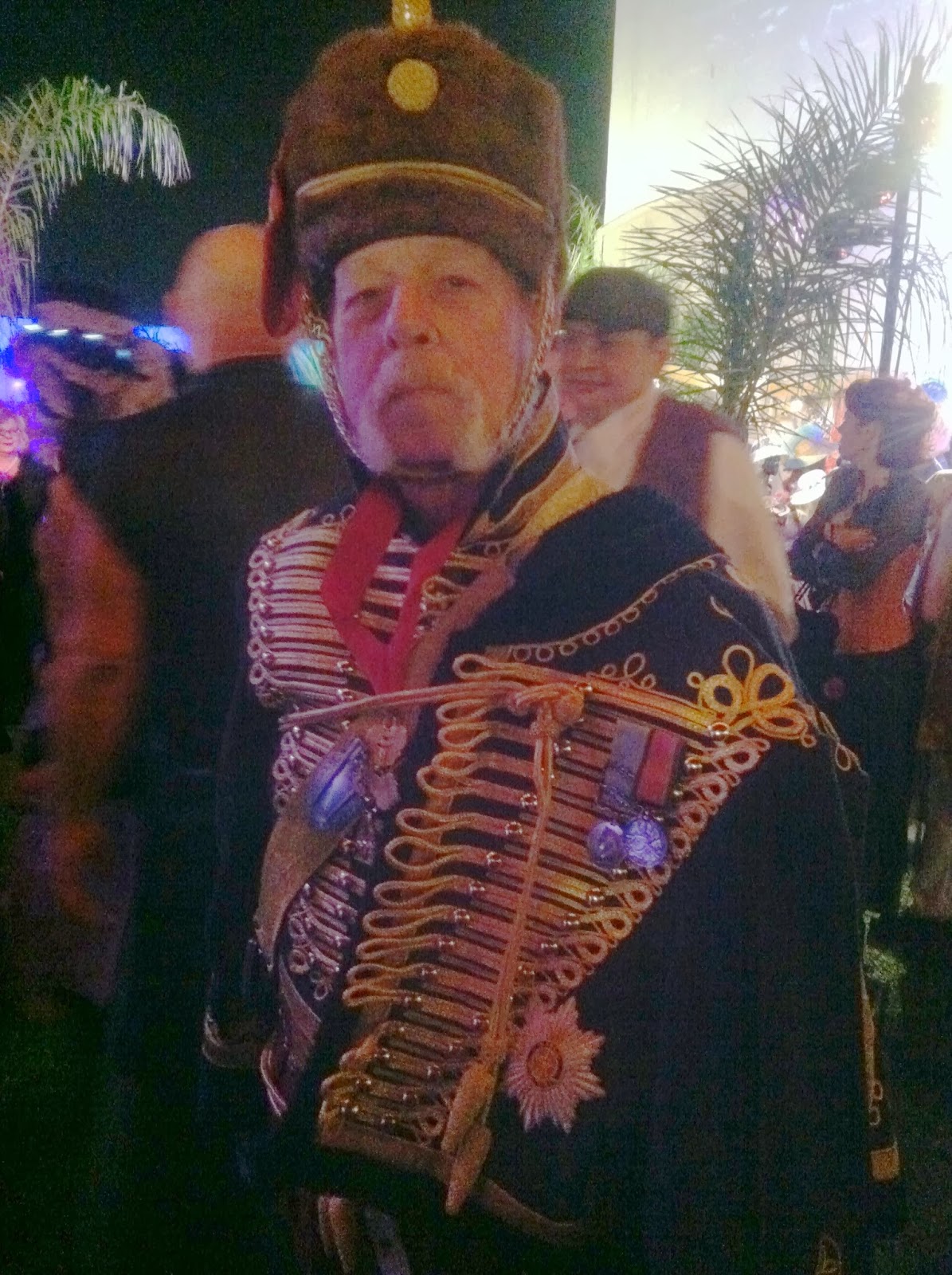 There were crazy costumes of all kinds, this guy with a puppet robot was one of my favorites 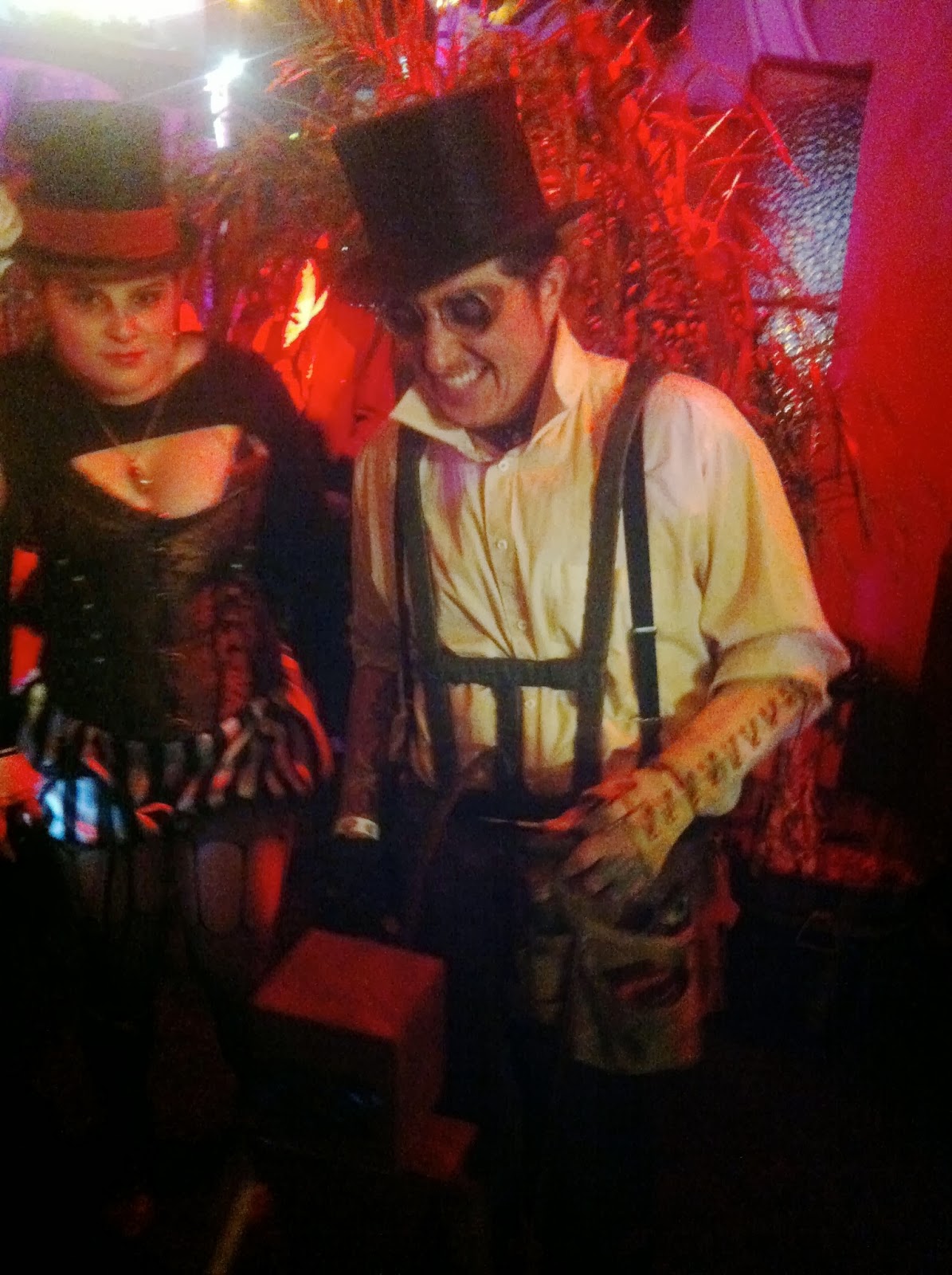 And there were acrobats and clowns performing amidst the audience. 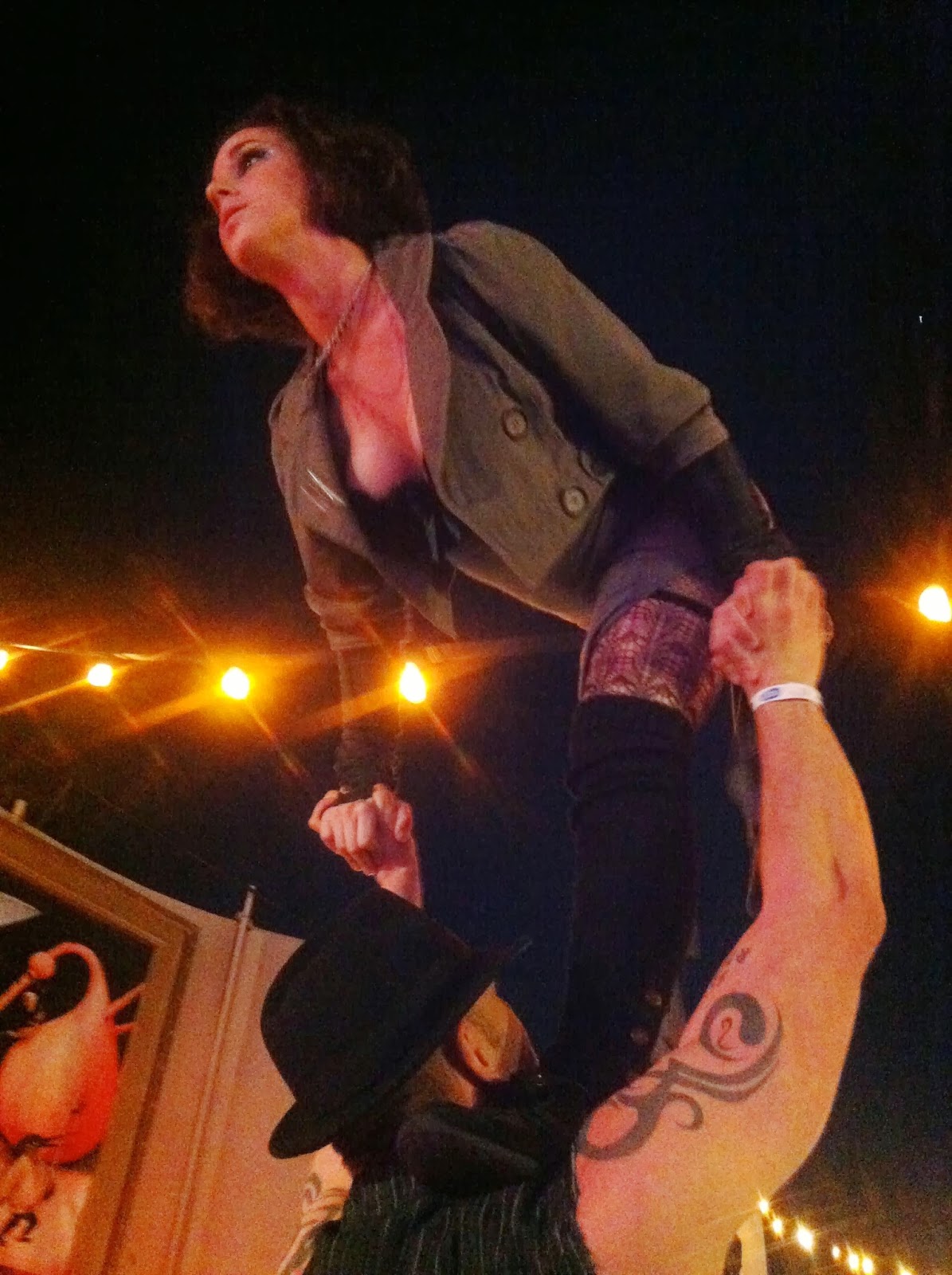 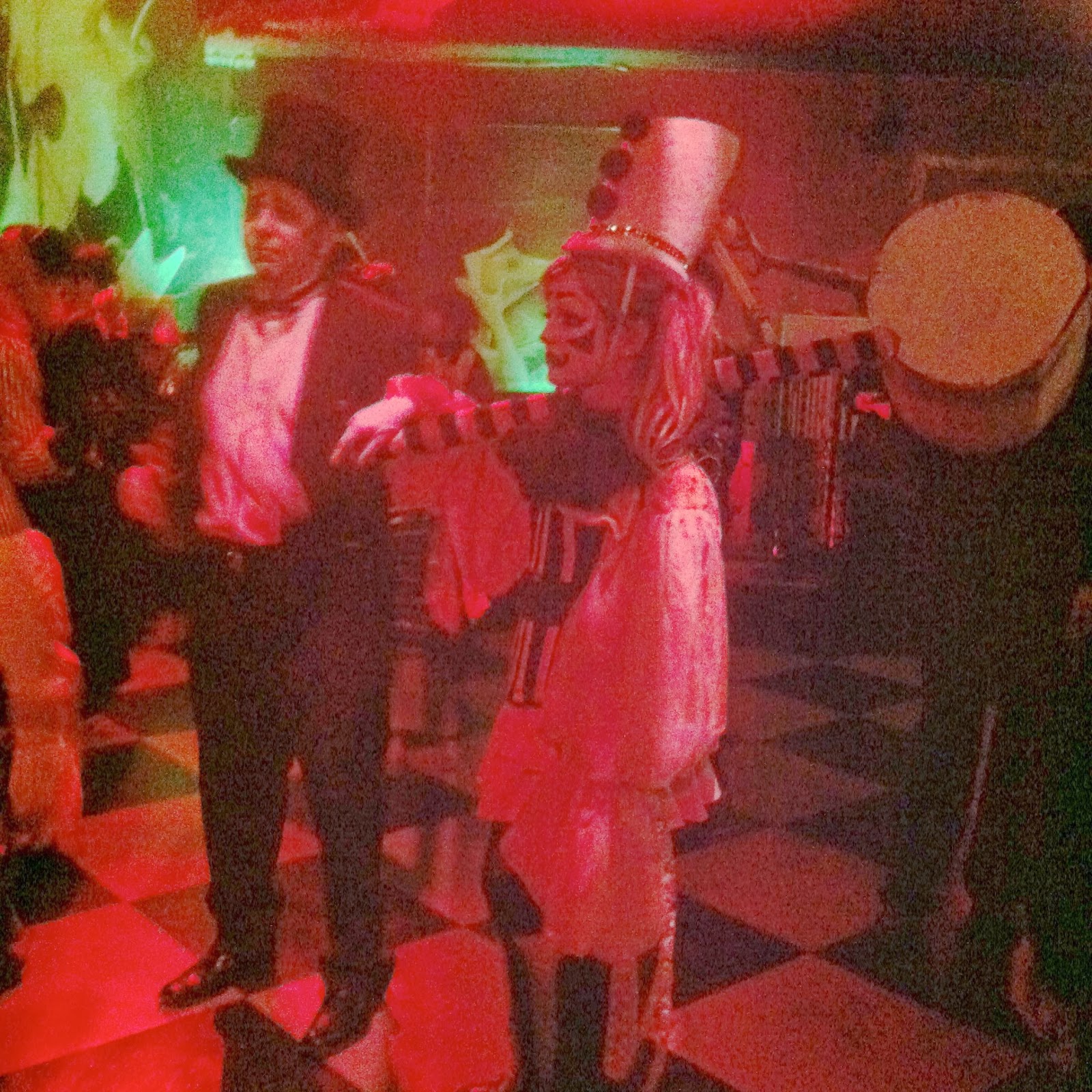 We mostly stayed on the roof dancing with the crowd until the wee hours of the night to a crazy mix of cabaret music and EDM. 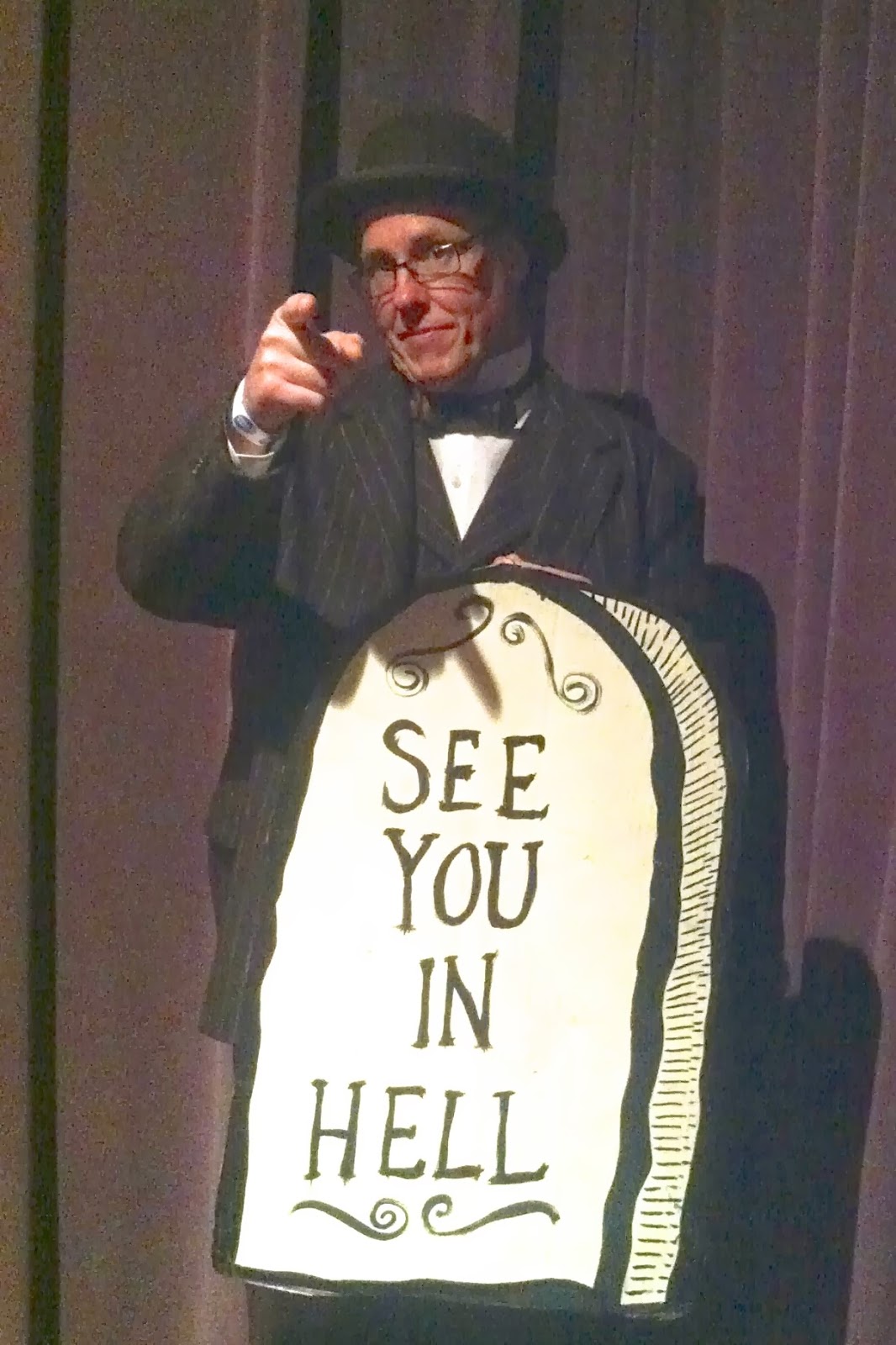 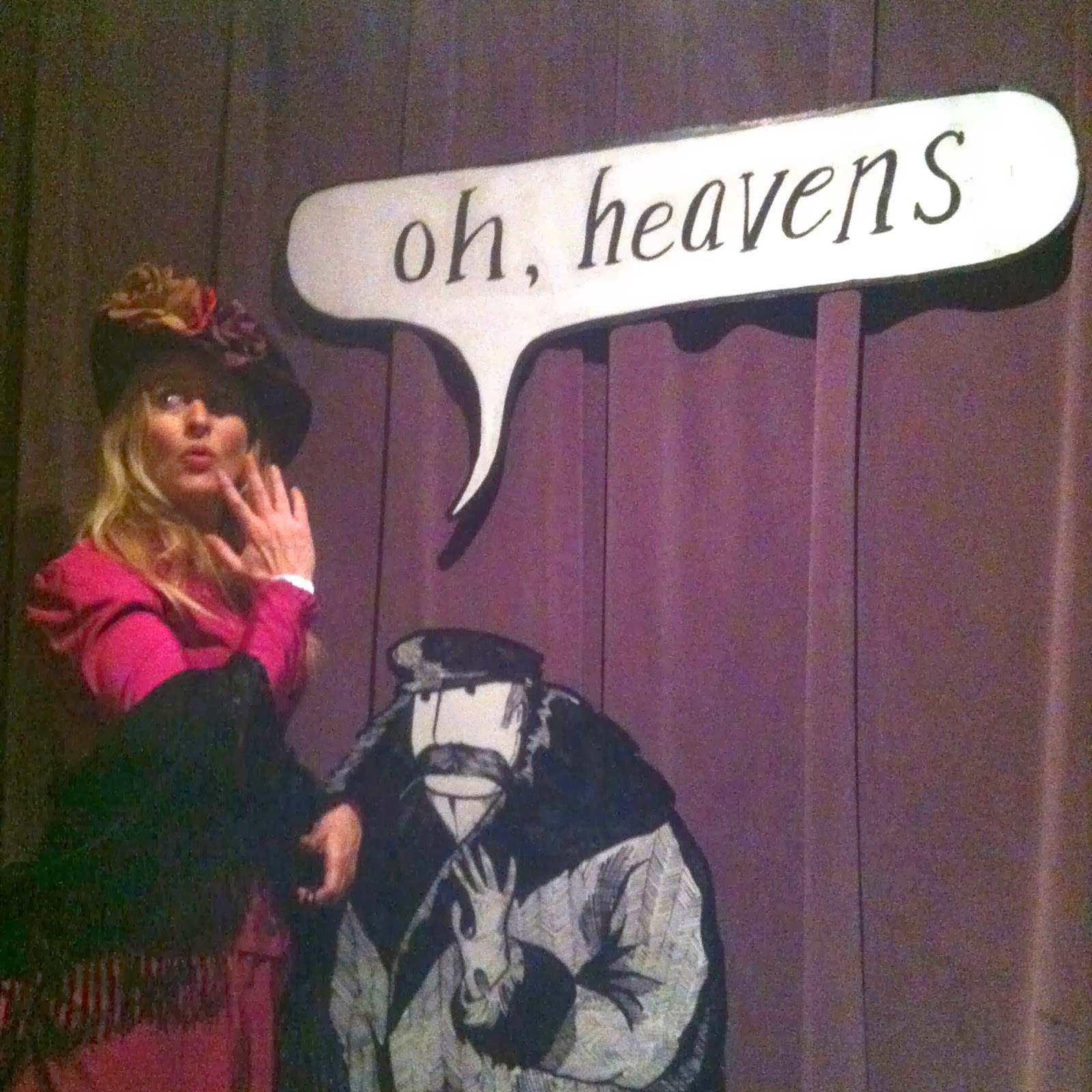