I had SUCH fun going to see Austenland yesterday.  An invite to a preview of the movie went out to LA area costumers and I was most happy to oblige!  I wore my new military inspired Spencer (thanking my stars once again I'd made it out of linen rather than wool as it was about 90 degrees out) and the dress made from a sari I got from the Bohemian Belle along with my Mela hat.  I felt every bit the Austen Villainess.  Why Villainess you ask?  Because in the Austen movies only bad girls wear THAT shade of red! ;) 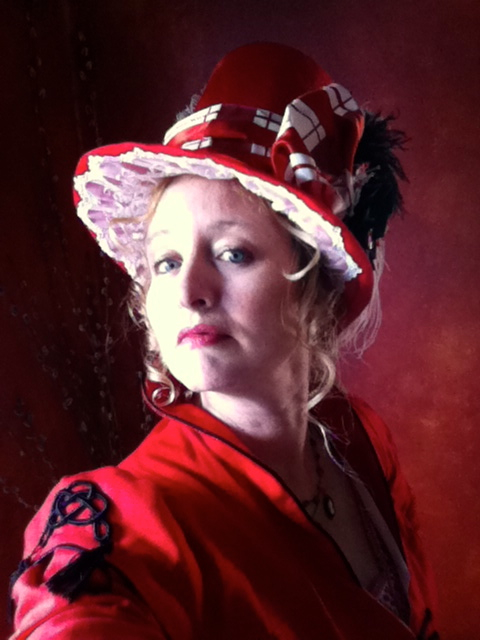 I met up with a bunch of local costumers