Right after we finished watching Breaking Bad this summer big H declared his intention of going as Walter White's alter ego Heisenberg for Halloween and started growing out his beard.

We slowly collected clothing pieces for him with the help of Walt's Wardrobe, a handy chart of every outfit Walt wears.  H already had a blue shirt and on the 'net we found the the screen accurate hat, jacket and shoes.  He wasn't sure he wanted to dye his beard so we masked off his face with masking tape, held is nose closed and used spray-in hair color in brown (the same we used for C's 10th Doctor) and then he shaved his head.

It was so successful that when we arrived at the party he caused quite a sensation. I got a cheap hazmat suit, goggles and respirator off ebay and went as Jessie thinking it was the best option for covering my surgery boots, not the most flattering costume but actually very fun to wear in conjunction with Heisenberg.  Hilariously enough, given all the multilayered historic costumes I've worn, the tyvek hazmat suit wins as hottest costume ever.

Don't mess with us! 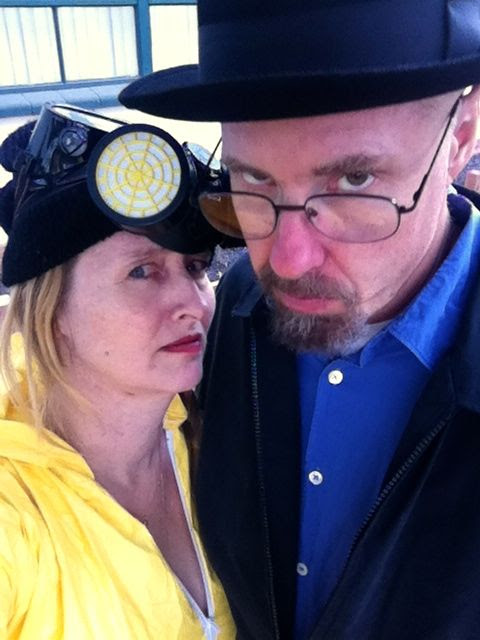 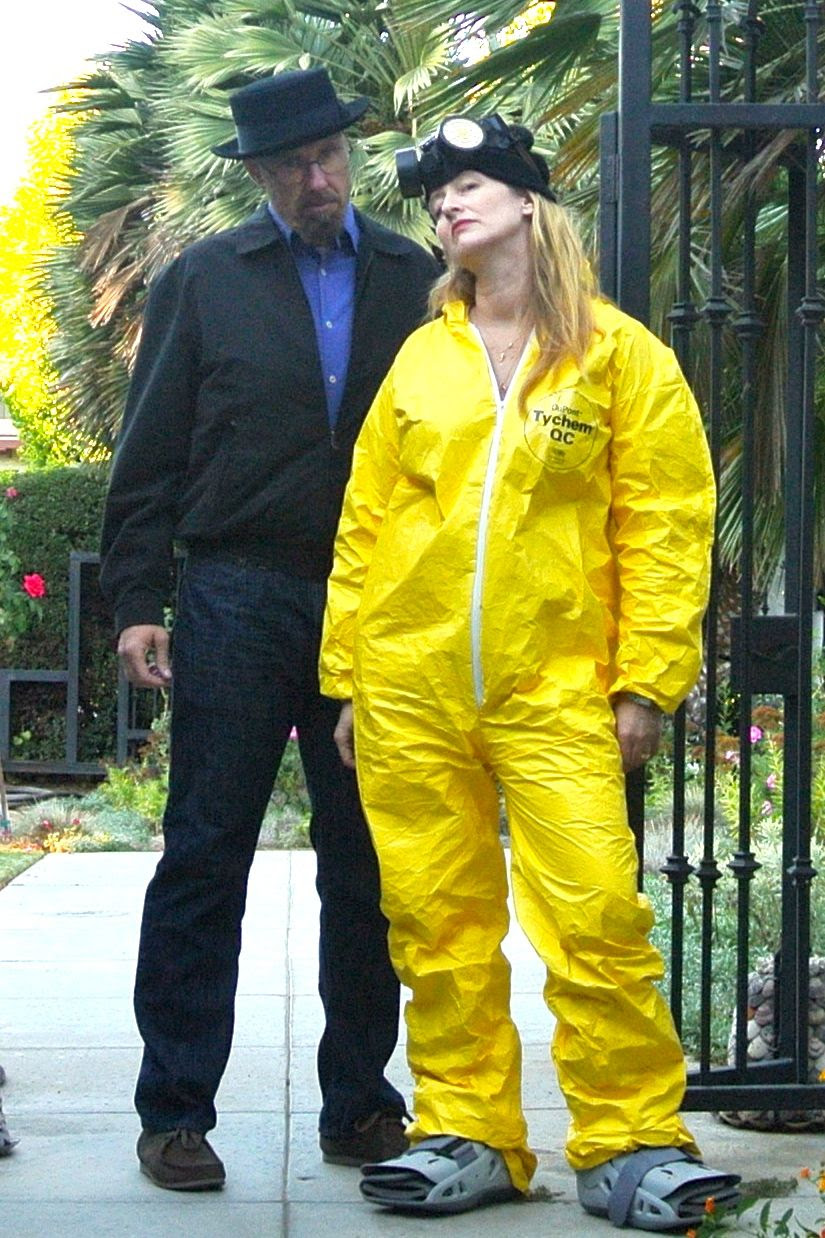 And here's one last pic of the whole gang, with my 13 yr old reprising his Jake costume (from Adventuretime) 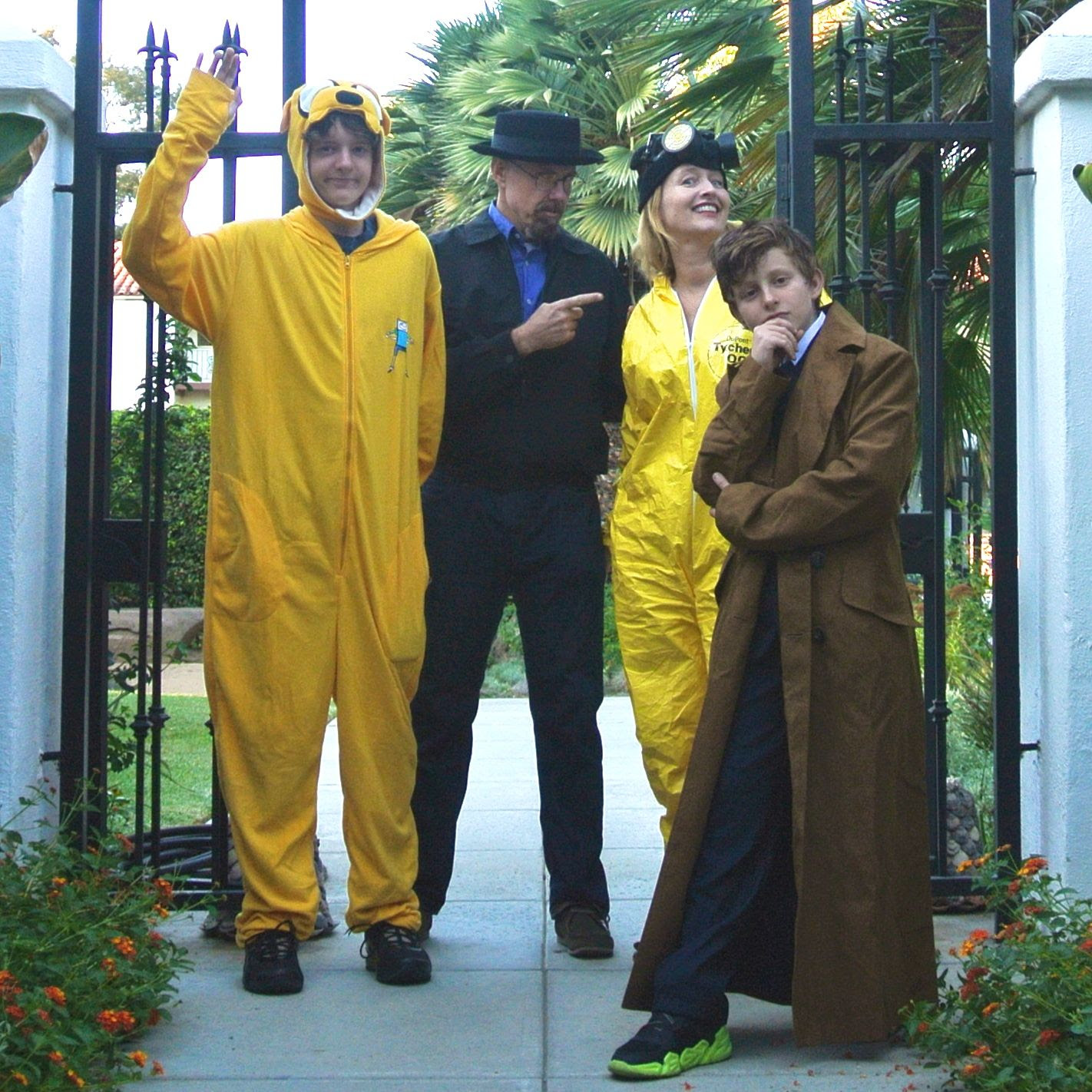 What are your plans for Halloween?
Email Post
Labels: breaking bad halloween