I've taken wig classes from Betty Myers via Burnley and Trowbridge and from Kendra Van Cleave, Tracy Gomez (aka The Historical Hairdresser), and Judy Grivich & A.J. Wu all at Costume College.  And I learned a lot from them about wigs and styling techniques. But I'm still not fully satisfied with what I've done in terms of big 18th C pouf type wigs.   It wasn't until I was sitting next to Judy at an 18th C tea that it really dawned on me what the problem was - width.

Okay, we're both wearing hats here but can you see the difference in width between
me on the left and Judy on the right?  My wig is tall but it looks so skimpy compared to hers! 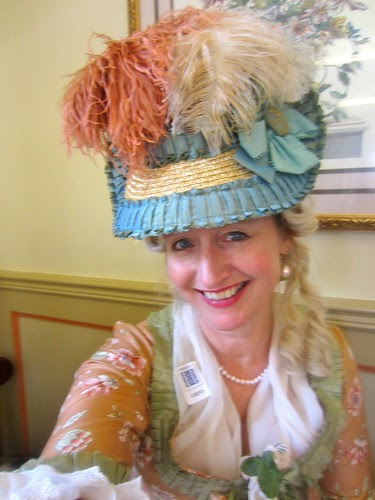 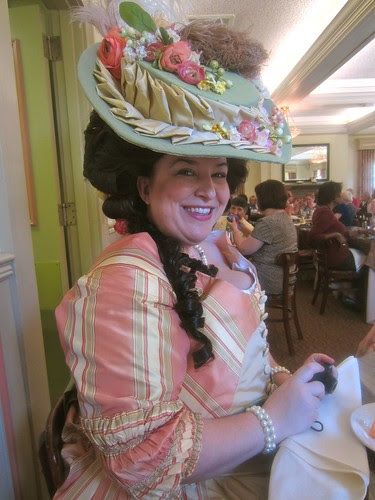 If you look at many late period paintings and etchings with a modern eye the first thing you notice is that dizzying height, but it wasn't just the height that made the poufs so big, many of them were also rather wide.  While you do see some purely vertical styles like these: 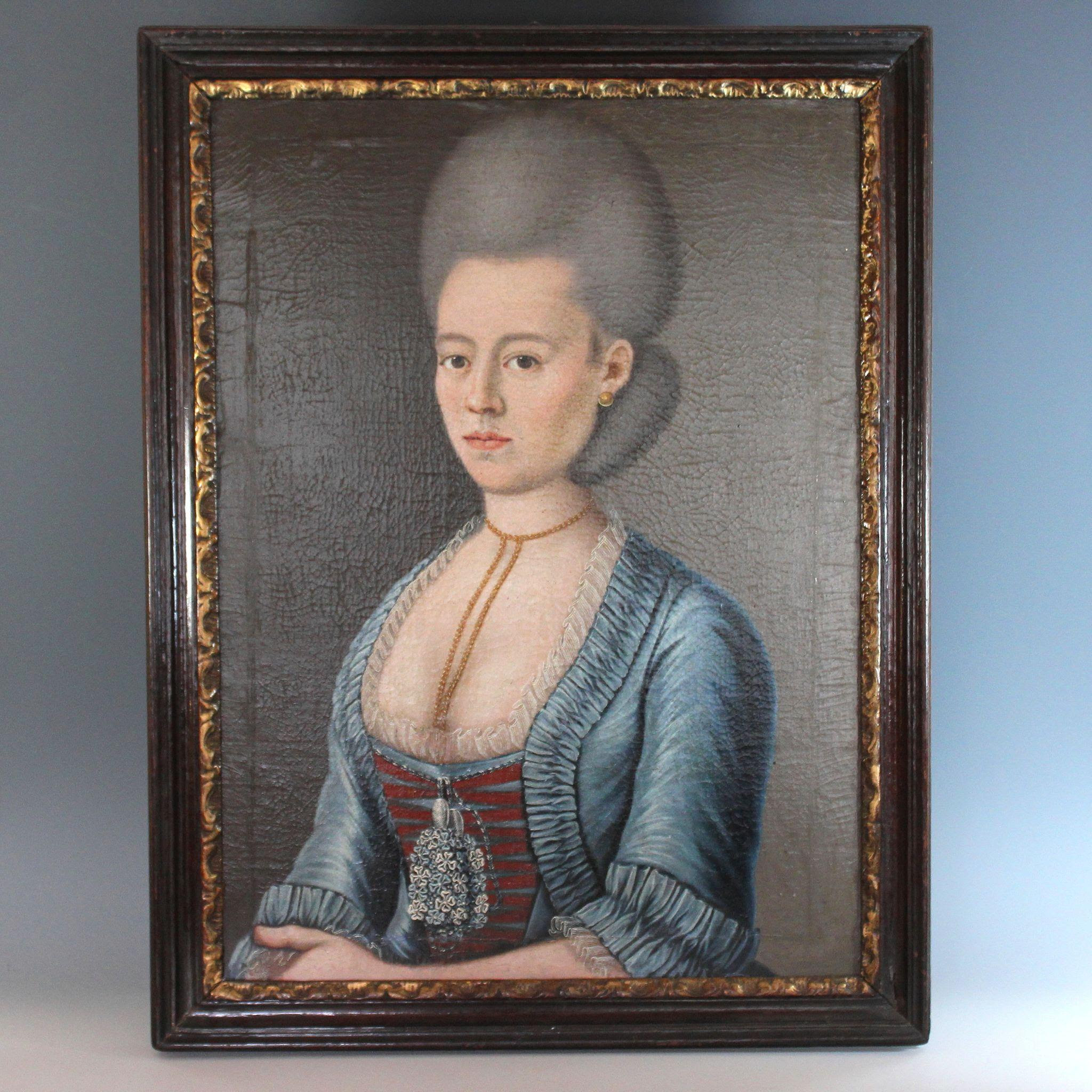 They are generally earlier than the really big hair of the late 1770s-1780s that I'd like to replicate.  Looks like these are more what I'm going for: 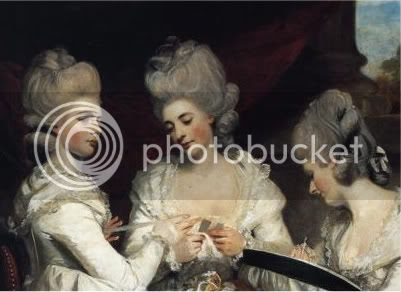 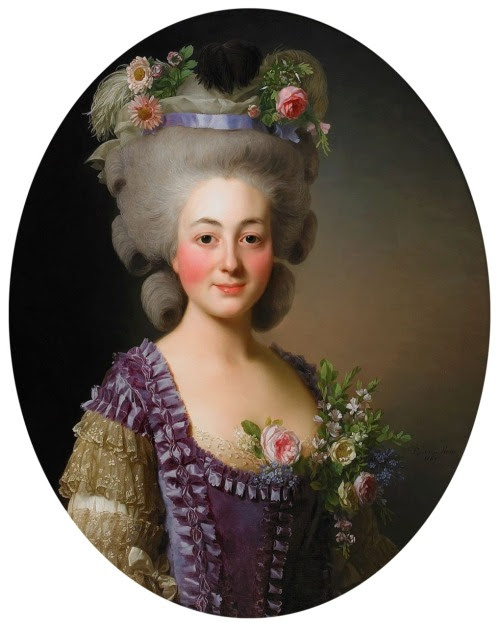 Not only are they wide but in many of the etchings and paintings they are rather soft looking, not a hard slicked back style but a somewhat fluffy fullness. I think somehow I got the idea that one wig's worth of hair would be enough, but even a very full wig with lots of long curls isn't enough to create styles like these.  I need to add more hair, lots more hair!  I've got a lot of other costume irons in the fire at the moment, but eventually I'd like to restyle and add to the wig in the picture at the top. I have another base wig of the exact same time and a bunch of extensions to style, I think between all that I can come up with something a little more like what I was hoping for.  You can see more of the 18th C hair styles I've been collecting on my pinterest here.
Email Post
Labels: 18th C hair wigs