I've always liked this rather flamboyantly bright pink gown Irene Adler wears in Sherlock Homes and thought, given the new movie is about to come out, that maybe I'd try my hand at something similar.  and go to see the movie in costume! 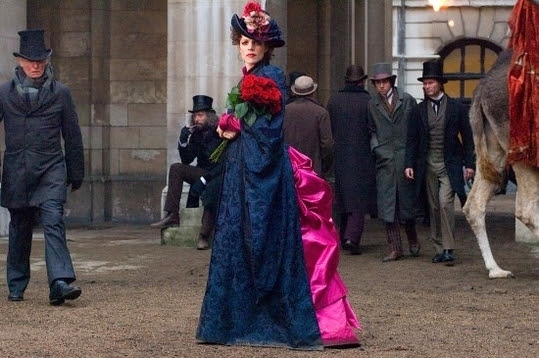 As with the Sweeney Todd By the Sea gown I'm not aiming for a screen accurate repro, but more of an homage using fabric from the stash.  I have a scant bit of fuchsia silk faille I got a while ago (the same that Koshka used for this dress btw) that I think I have just enough of to make a version of her outfit using the  late Victorian 5 gore skirt and the cuirasse bodice as my base patterns.  And hilariously enough I have a similar hat already, I just need to add a few more pink flowers too it.  And if I run out of time I'll wear a black cape, otherwise I'll make a black brocade wrap similar to the one in the picture.
Email Post
Labels: Sherlock Homes