The stomach flu is going around our house so there's been a lot of sleeping, drinking ginger ale, eating crackers and tv watching going on around here.  We're now caught up on Project Runway (anyone else still watch?) and I finished the first episode of Indian Summers.

I really liked it.  I'll be honest with you, Downton hasn't really done it for me since they killed off what-his-face, such a smack-in-the-face to fans.  Indian Summers is beautifully filmed, like Downton, but, at least at first glance, it seems to have a lot more substance and complexity.  It starts in 1932 and goes through Indian independance in 1947 so we can expect a lot of cool early 20th C clothing, most of it made for the show according to the costumer.  I especially loved the sheer dress Alice wears to "the club" in the first episode and this number the owner of the club wears: 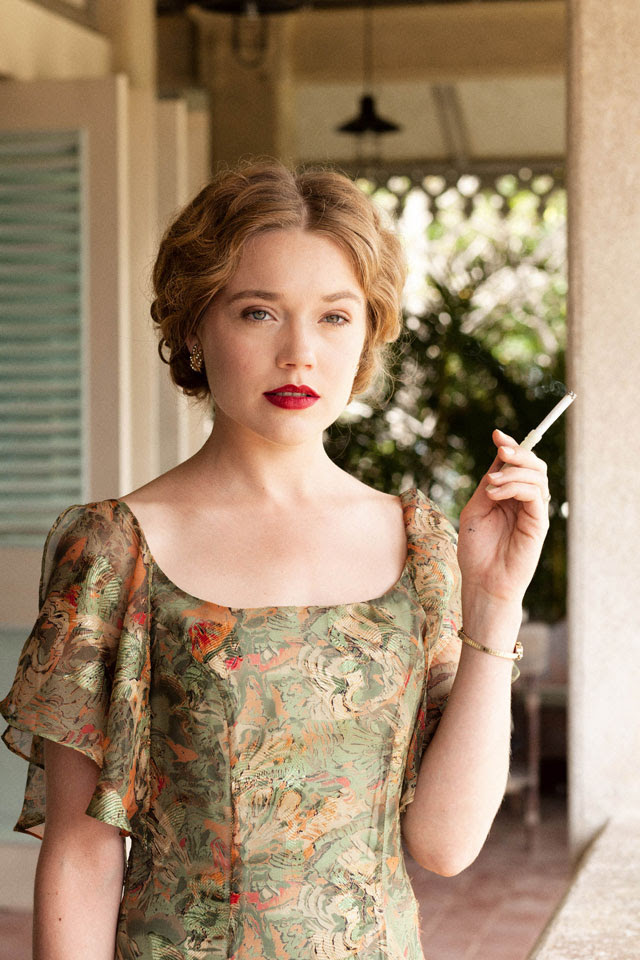 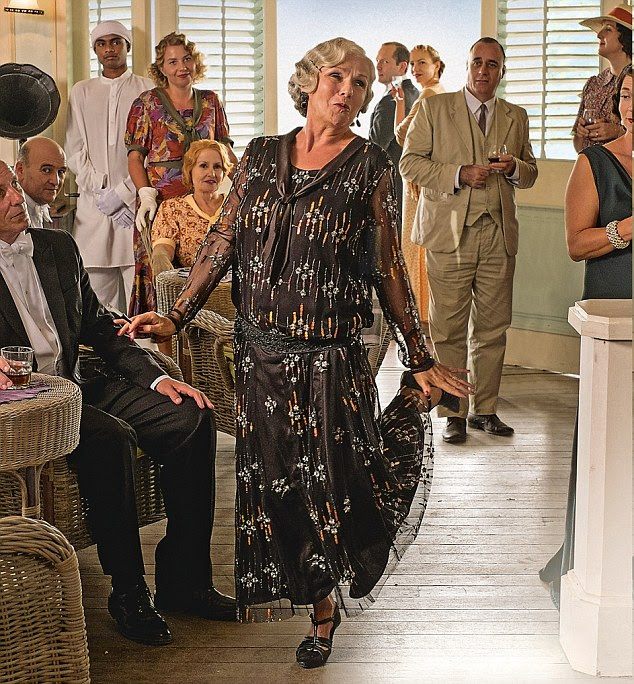 Looking forward to the next episode! And if  you're interested to see more Vintage Gal has a nice write up of a bunch of the costumes that have been seen so far.
Email Post
Labels: 1930s indian summers