So what to work on in the last few days now that Myth Masque is done?  I should be working on the Tissot gown but I'm just not feeling it at the moment.  I'm feeling more 18th C, and given a few friends here were talking about making chemise dresses I  decided to make one too!  Well, I guess it's really a gaulle since it's got the fitted back.

I have to admit something.  I have a bit of a love/hate relationship with the chemise dress.  Much the same way I feel about 1920s gowns - I love the way I they look on other people, but feel a bit on the dumpy side when contemplating the same styles on my body.  But I'd bought some black striped cotton voile in the last sale fabric mart had (or was it fashion fabric club?) in the hopes that I'd feel a little less like the Stay Puft Marshmallow Man if I made one in black.* So that's what I'm doing. This has always been my favorite chemise gown inspiration pic, so I'm hoping to do something like this but in black. 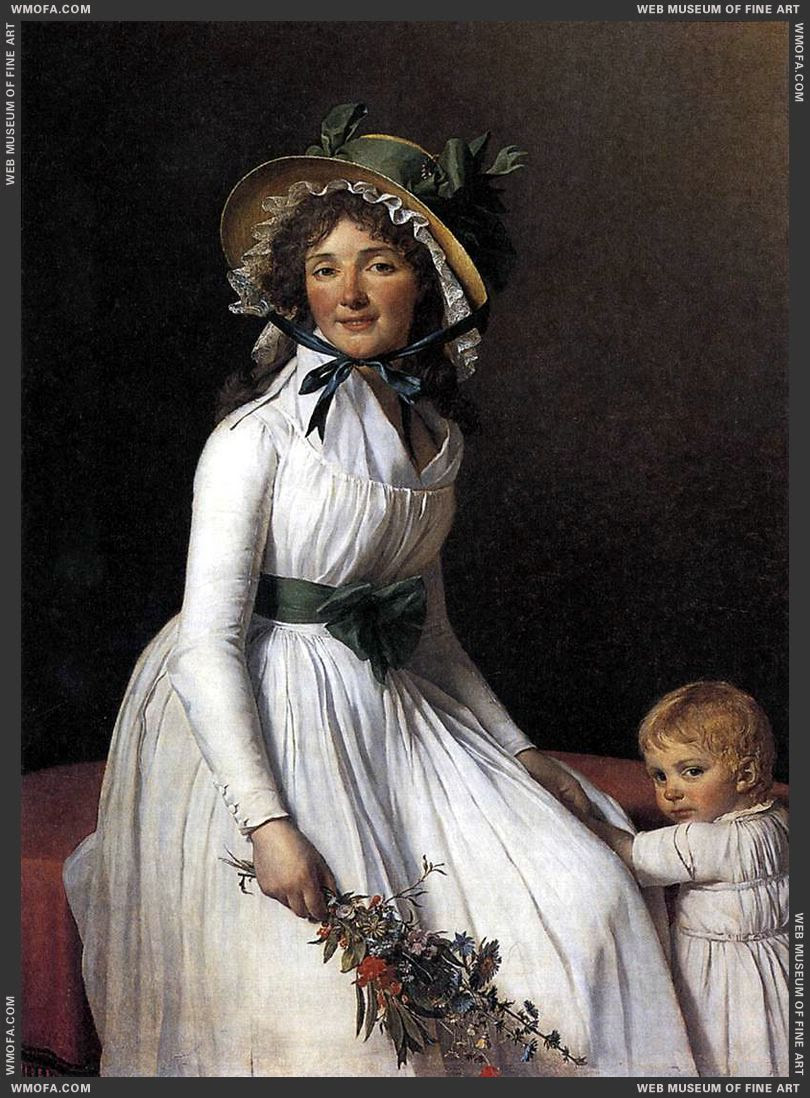 I've got enough for a hem ruffle but I think I like it better plain.  Maybe with some frills in white at the wrists but no neck or skirt ruffle.  I think it will look good with the new 18th C bonnet a la Taylor for a kind of Mrs. Dashwood look or with the Lunardi hat I made in Mela's class at Costume College a few years ago.